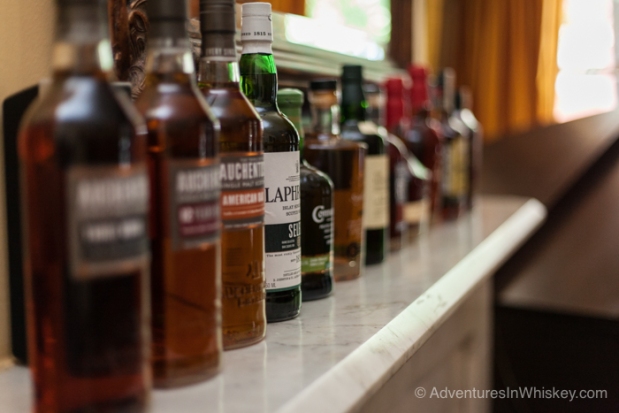 The entire Beam Suntory world whisky portfolio was on display at a special event deemed “Jul(e)p Hour”.  As I walked into an old house on Royal Street in the French Quarter, I was met with the familiar sounds of New Orleans coming from a piano player in the corner.  In this room, Beam Suntory’s Master Mixologist was mixing up a world whisky julep, featuring Auchentoshan Single Malt Scotch, Alberta Dark Rye Canadian Whisky, Jim Beam Bonded Bourbon, & Hibiki Harmony Japanese Blended Whisky.  You know what, it was pretty tasty.  This frankenstein concoction evolved nicely as the ice melted, bringing a level of complexity I don’t get in the standard bourbon mint julep.

END_OF_DOCUMENT_TOKEN_TO_BE_REPLACED 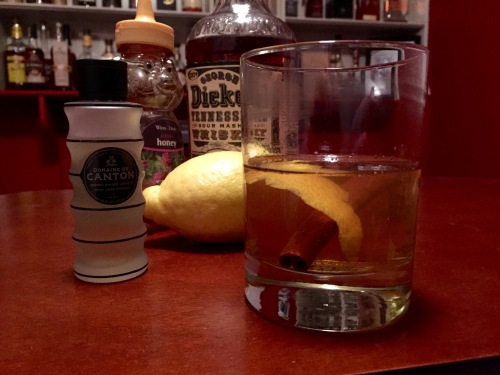 The cold, bitter winter of south Louisiana.  Yeah… that’s a bit of a stretch, isn’t it.   Forget that we think it’s winter down here when temps reach anything south of 60 degrees regardless of the actual season, the fact is we get cold too.  There’s no better way to warm up than with a nice warm whiskey cocktail.  It’s delicious and easy to make.  Here’s my take on the classic hot apple toddy.

In a rocks glass, mix the George Dickel, hot apple cider, ginger liqueur and honey.  Add the lemon twist and cinnamon stick.  Garnish with a dash of nutmeg. 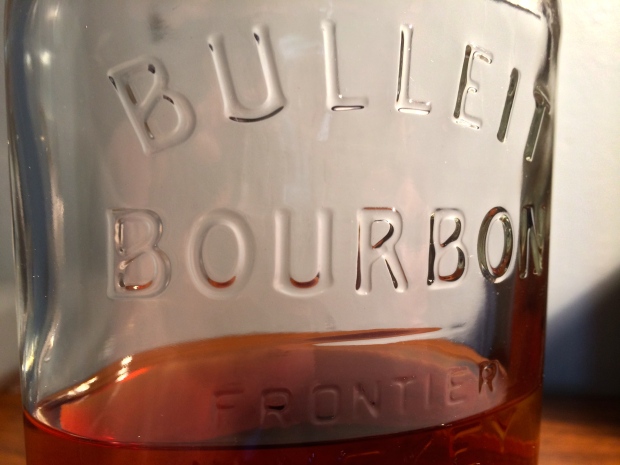 You’ve seen the bottle on the shelf.  The great looking one that belongs on the set of the long-gone HBO show “Deadwood.”  Nothing says Old West like Bulleit Bourbon.  BTW, the “i” in bulleit is silent.

Bulleit Bourbon is a NDP (Non-Distiller Producer) bourbon owned by Diageo.  Huh?  It means Diageo doesn’t distill this bourbon.  Instead, they purchase, age, and bottle it.  Apparently Bulleit is distilled at Four Roses, and word around the campfire is they are going to stop distilling Bulleit this year.   What does that mean for you?  Nothing, at least for the next 4-6 years.  See, if Four Roses stops distilling Bulleit this year, then Diageo will find someone who will.  It’ll take 4-6 years of the new distillate to age and make it to your supermarket shelves.

If you read a lot of bourbon blogs or forums, you’ll see there’s lots of negative attitude towards NDP bourbons.  You see, a lot of NDP bourbons don’t list who actually distills the whiskey, and people want to know who makes the stuff.  I get people’s frustrations, but who makes the bourbon isn’t as important as how it tastes.

So how is it in your glass?  One word:  spicy.  Not a tongue-tingling spicy like Noah’s Mill or Booker’s gives you.  Those are barrel-strength.  Bulleit Bourbon is 90 proof.  It’s more like a little bit of cinnamon spicy.  There’s lots of rye in the mash bill.  A quick search says as much as 28% rye.  It’s not completely one sided, however.  Like most, if not all, bourbons, there’s some sweetness there. I find the sweetness really comes out in the finish.  It’s a great “everyday” bourbon.  Because of the spiciness, I like this one in cocktails, especially an Old Fashioned. 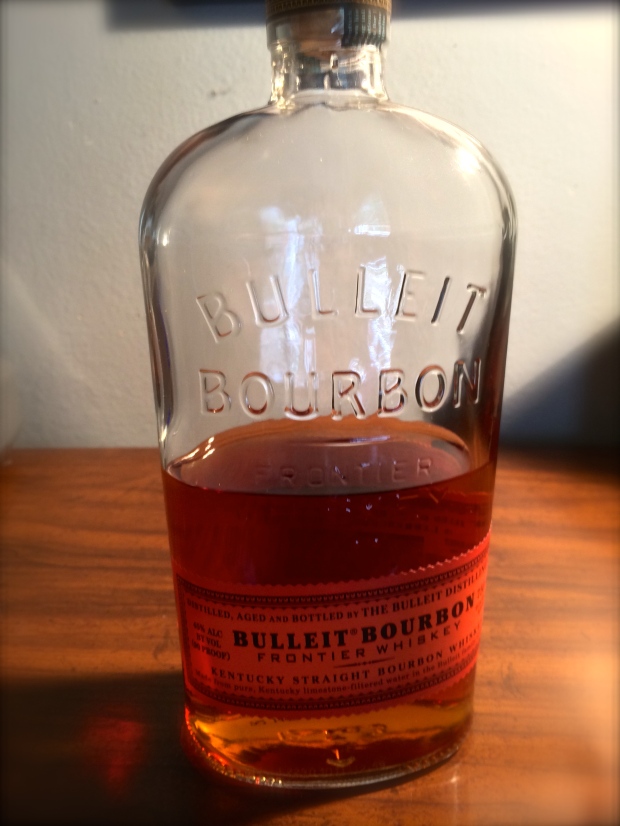 You can probably find this around the $25 range.  It’s readily available.  Bulleit also offers a rye whisky and a 10 year old bourbon.  I’ll get to those soon enough.