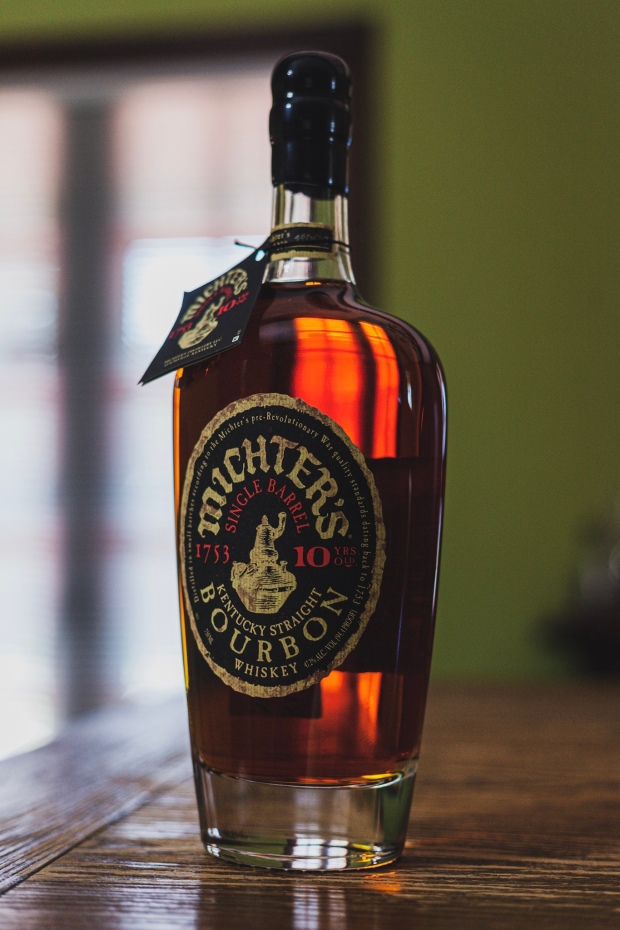 Spring generally means the release of one of my favorite bourbons – Michter’s 10-year-old. This limited release 2019 bottling is the last under the supervision of Master Distiller Pamela Heilmann, who is now retired as of this post. I think Pamela Heilmann has overseen some fantastic releases over the last few years. Cheers to her!

As for the new team, Michter’s Distiller Dan McKee has been promoted to Master Distiller, and Distiller Manager Matt Bell is now Distiller. McKee cut his teeth at Jim Beam, eventually taking on the role as Distillery Supervisor at the Booker Noe Distillery. Bell worked at both Town Branch Distillery and Wild Turkey Distillery.

Onto the whiskey… my sample bottle comes from barrel #190634. It’s bottled at 47.2% ABV, or 94.4 proof. It undergoes Michter’s signature filtration prior to bottling. The suggested retail price is $130.

The nose features a nice mix of classic bourbon notes of caramel, vanilla, orange peel, and oak. Additionally, spiced apples and cigar box join the party. Taste-wise, more of the same: chewy dark caramel, red berries, and vanilla extract meet continuous waves of cinnamon, clove, and allspice. Aromatic oak and herbal notes arrive in the back palate and eventually into the finish, which is long and a bit dry. Lingering notes of oak spice, caramel, and slight barrel char remain.

Ten years is usually my sweet spot in terms of preference of age. If matured properly, the resultant bourbon can be beautifully balanced between both the spirit and barrel influence. This year’s release is certainly well balanced, rich, and complex. One of my favorite bottlings of the last couple of years. 9/10

Thanks to Michter’s for the sample. As always, all thoughts and opinions are my own.