On an especially cold late-March morning, I pulled up to the parking lot of Heaven Hill’s Bourbon Heritage Center in Bardstown, KY.  This was my first time in bluegrass state.  I took in the sights and sounds of the crisp morning before I walked into the Heritage Center.  Josh Hafer of Heaven Hill graciously invited me to tour the facilities there, which include their warehouses, bottling plant, and aforementioned Bourbon Heritage Center.  I had a feeling this was going to be an unforgettable morning.

We started at the Bourbon Heritage Center, which is a sort of visitor’s center/gift shop, where Josh began with a bit of company history.  The company was founded after Prohibition in 1935 by the Shapira family, who were Bardstown-area investors.  The first big milestone in the company’s history was the hiring of Earl Beam as Master Distiller in 1946.  He came in from the Jim Beam Company with their blessing.  The Beams, if you haven’t noticed, are one of the most influential families in the bourbon industry.  Earl’s son, Parker, followed in his footsteps.  He was named Master Distiller in 1975.  Currently, he is still Master Distiller alongside his son, Craig.  The Shapira family still own and run the company. 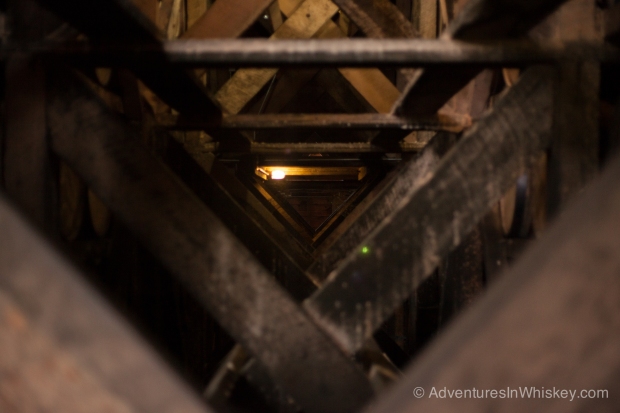 Looking into the heart of the warehouse. 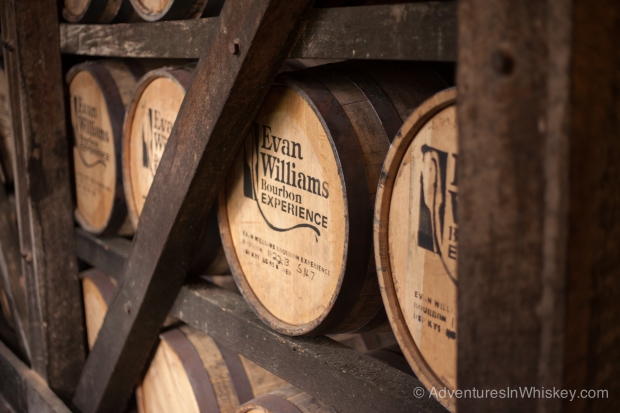 Whiskey distilled at the Evan Williams Bourbon Experience in downtown Louisville.  That new facility can distill enough whiskey to fill one barrel a day.

Heaven Hill’s 7-story warehouses are truly a site to behold.  These massive barrel-filled structures scatter the hillside.  Some have been there for decades.  Others are fairly new.  They are reminders of both the current boom in the American whiskey industry, but also of disaster.  Back in 1996, a massive fire nearly destroyed Heaven Hill’s entire production plant.  Several warehouses went down in flame.  In an unheard of move, business competitors Brown-Forman and Jim Beam stepped up and helped Heaven Hill with whiskey production until the company was back on its feet.  Heaven Hill purchased the Bernheim distillery in Louisville, where they’ve been distilling ever since.  Inside the warehouse we visited, there was a row of the company’s milestone barrels.  The latest was their 7 millionth barrel filled a couple of weeks before my visit.  It was signed by Parker Beam and the rest of the company employees.  Like most barrel warehouses, the smell here was amazing. 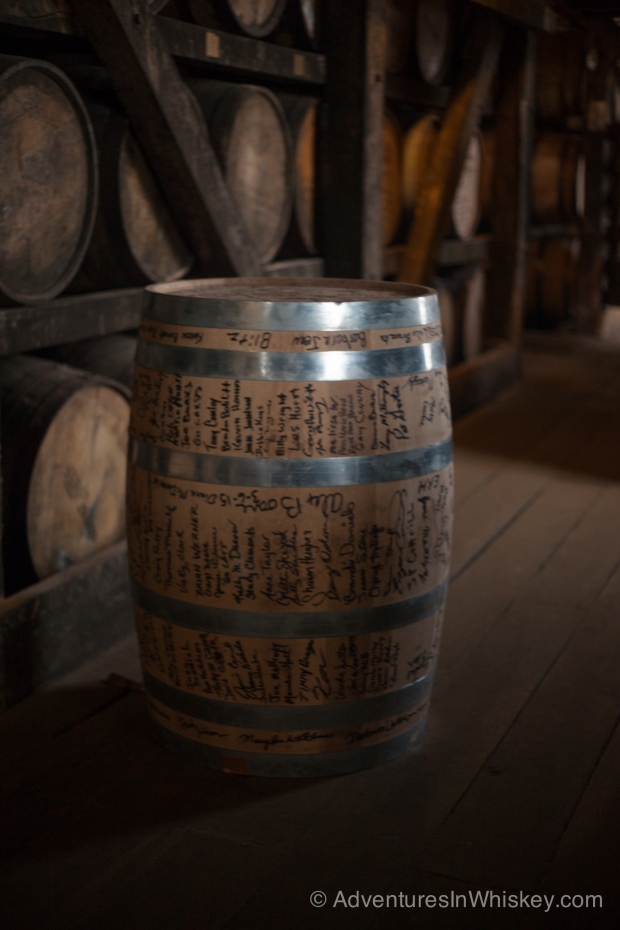 Their barrel dumping process was different than I expected.  Instead of seeing barrels emptied into a charcoal-laced trough, a worker lowers a tube into the barrel and the whiskey is sucked up the line via vacuum.  It seems to be a quick, efficient way to empty barrels.

Next door is their main bottling room.  Widely released whiskies like Evan Williams black label are bottled here. Compared to Jim Beam, Heaven Hill is a small operation.  However, the scale of their bottling production is massive.  A seemingly never ending stream of empty bottles move at a rapid pace along a factory line where they are filled, capped, and labeled.  You may have seen a factory segment on television, but there’s nothing like witnessing it firsthand.

Only Heaven Hill’s square bottles get bottled on this line. 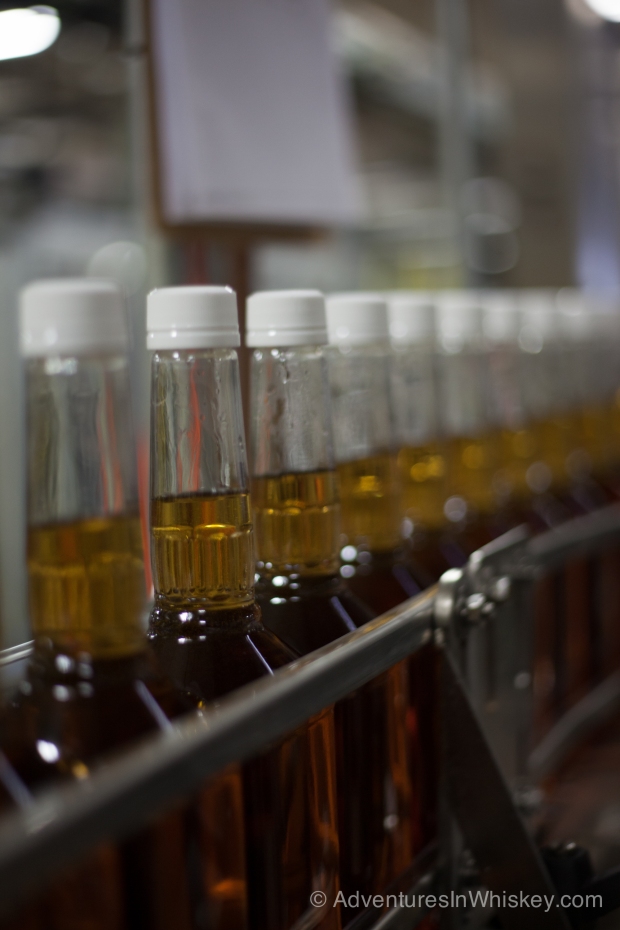 There’s an adjacent small room where Heaven Hill’s premium, single-barrel, and one-off bottlings take place.  All the filling, corking and labeling is done by hand.  I caught a sneak peak of labels for some future ultra-premium bottlings, including Evan Williams 23-year and the return of Elijah Craig 18-year – both set for release this fall. 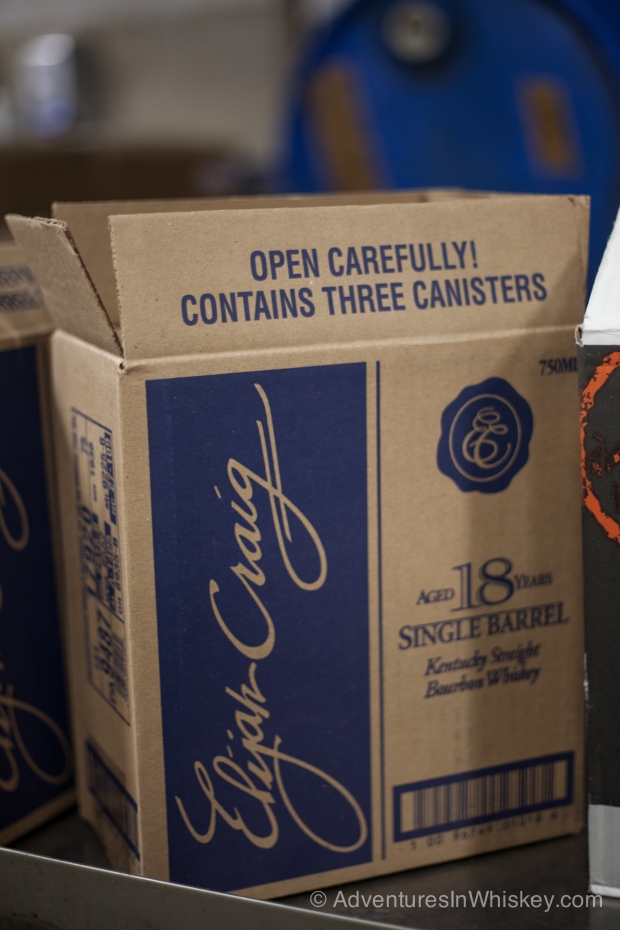 I spy a box of Elijah Craig 18 Year Old Bourbon. Expect to see it on shelves this fall.

Heaven Hill’s label room was next.  It was a room filled with racks of labels for every Heaven Hill product, both domestic and export.  Thousands upon thousands of boxes of labels. There were brands of bourbon and whiskies here I’d never heard of.  I had no idea Heaven Hill produced and shipped so many whiskies. 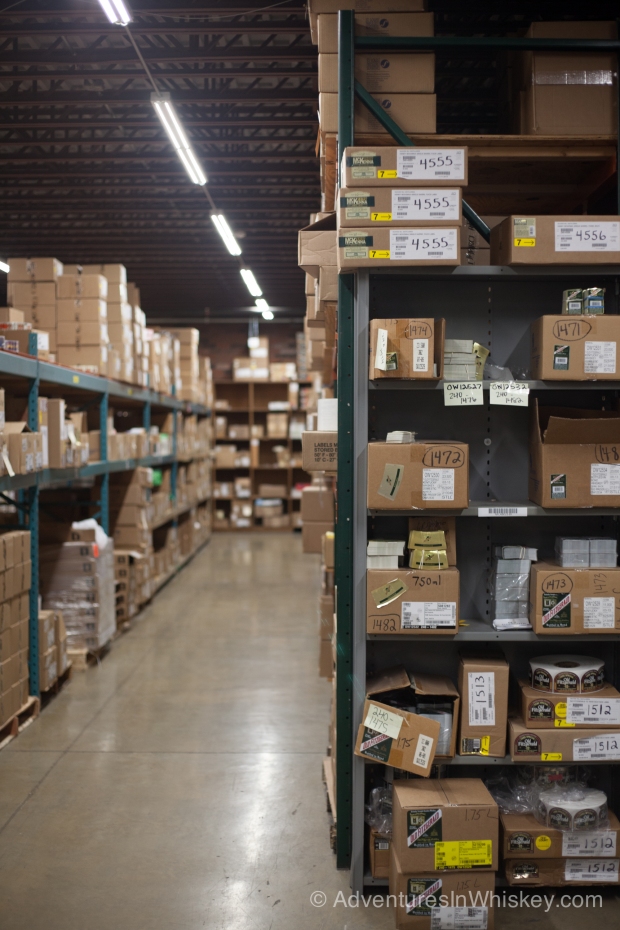 We made our way back to the Bourbon Heritage Center, where I was introduced to Sheila, the center’s general manager.  Sheila invited me to take part in the next Whiskey Connoisseur’s tour, one of the many tours offered here at the facility.  I was joined by a bachelor party of racoonskin cap-wearing gentlemen who were taking in the Kentucky Bourbon Trail.  Sheila shared stories of the history of bourbon production in the country as well as the history of Heaven Hill.  Then came the most exciting part – the tasting.  We sampled Larceny, William Heavenhill Small Batch, Heaven Hill Select Stock, and Elijah Craig 23-year.  Each one was delicious, but the two that stood out most were Heaven Hill Select Stock and Elijah Craig 23-year.  The Select Stock was a single barrel, 8-year old wheated bourbon finished in cognac casks for 32 months.  Since this one was only available at the gift shop, I purchased a bottle. 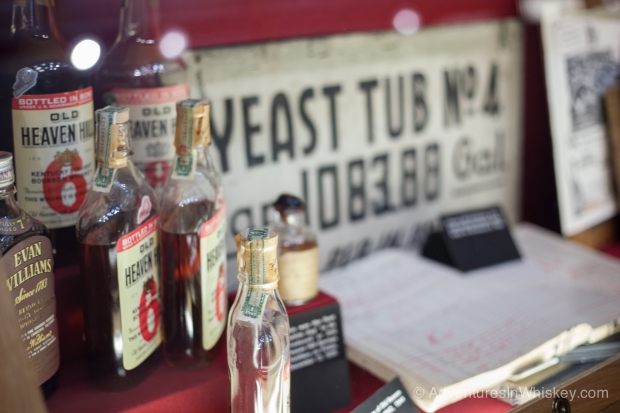 Old bottles and memorabilia from the past. 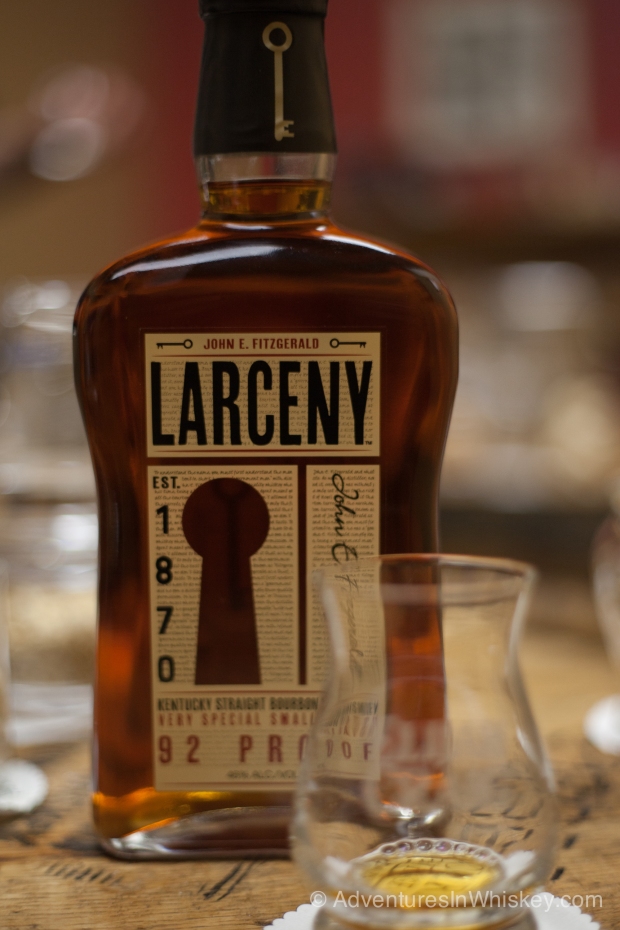 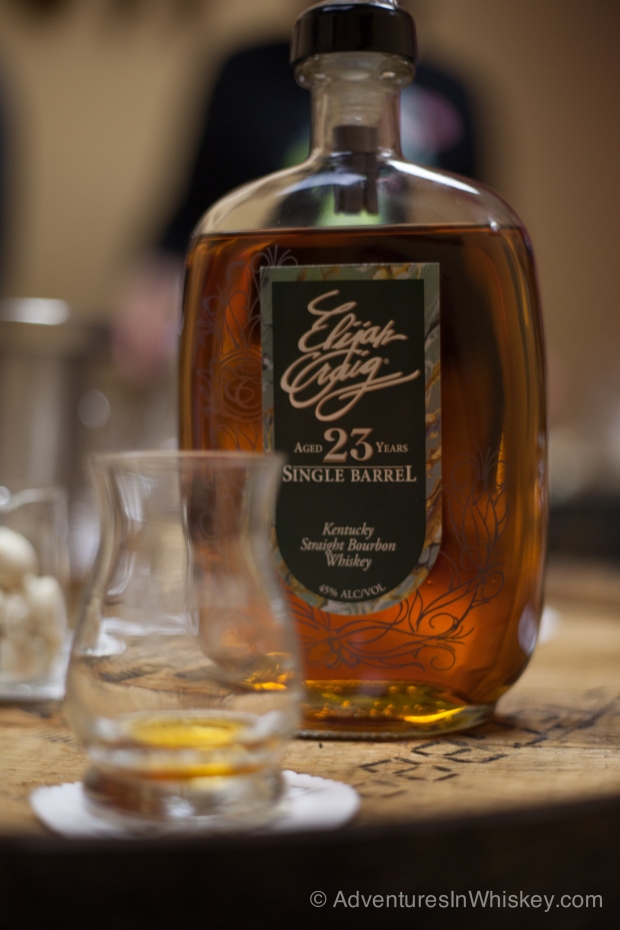 I walked away from Heaven Hill with a smile on my face.  Coming here a day after my visit to the George Dickel distillery really made it easier to see the contrast in scale.  Both companies produce quality whiskies.  Where George Dickel is a really small operation, the vast amount of whisky and other liqueurs coming out of Heaven Hill is mind-boggling.  Yet, both distilleries maintain a firm grip on quality, consistency and authenticity.  The fact that Jim Beam produces much more whiskey than Heaven Hill is unfathomable. However, there’s an intimate atmosphere here, and it’s felt in every bottle of whiskey they produce.

Thanks to Josh, Art and Adam for your help in making this behind-the-scenes tour happen.