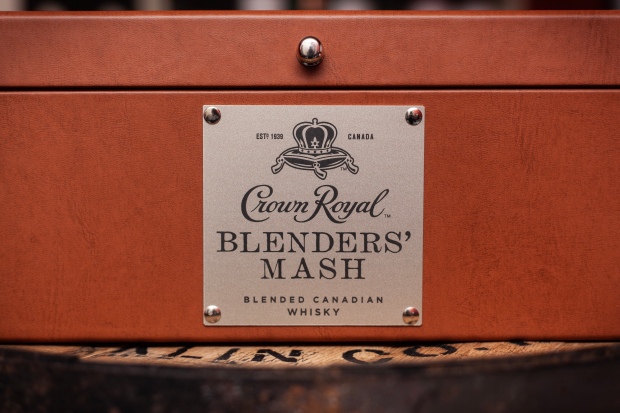 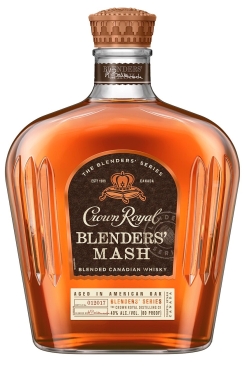 Crown Royal’s latest release, Blenders’ Mash, might be its most controversial. Here’s the short version of the story: When it first hit shelves, the name on the label was Crown Royal Bourbon Mash. The name stemmed from what Crown Royal distillers and blenders internally called the bourbon-like mash bill of this whisky. Apparently that’s a big no-no here in the United States, where a whisky made outside of the country cannot use the word ‘bourbon’ on its label to describe it. The “Bourbon Mash” label was already TTB approved, but the government agency reversed its decision, causing Diageo, Crown Royal’s owner, to change the name to Blenders’ Mash.

Don’t let the label controversy detract from what’s inside the bottle. 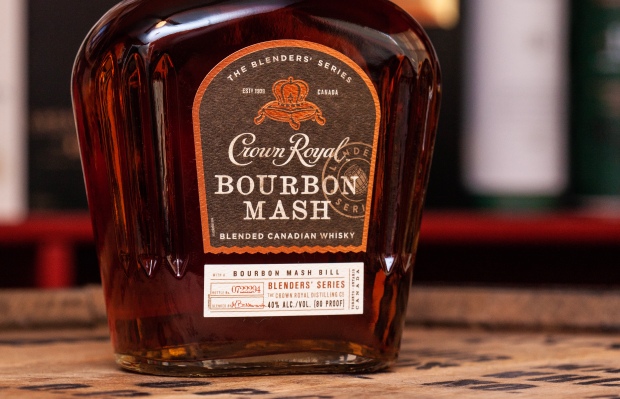 This release kicks off the Crown Royal Blenders’ Series, which focuses on, er, blending. Produced at the Crown Royal distillery in Gimli, Blenders’ Mash features a blend of bourbon-like, corn-heavy whiskies aged in new and used oak barrels. It’s bottled at 40% ABV and available on shelves for about $28. 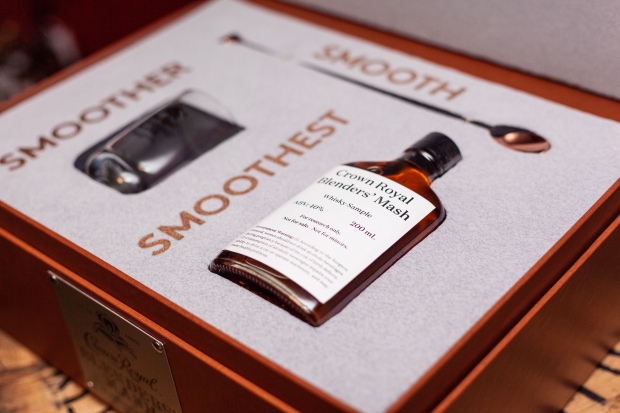 The nose is a bit subdued but nonetheless quite nice, featuring hints of vanilla pod, kettle corn, cinnamon toast, and a touch of toasted oak. The entry here is smooth, for lack of a better word. That rich and sweet profile Crown Royal is known for can be found here in spades, with hints of maple syrup and creamy vanilla leading the way. A bit of spiced green apples and sandalwood soon follows. The finish is rather clean, with notes of sweet caramel corn. 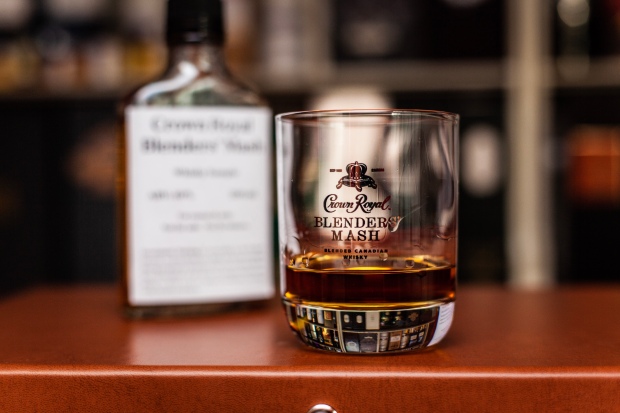 In terms of flavor, Blenders’ Mash sits perfectly in a world between Crown Royal and a standard bourbon, carrying over the “smoothness” the Canadian whisky is famous for. In other words, folks who like their bourbon without the bite would enjoy this whisky. However, don’t conflate “smooth” with “lack of character.” Blenders’ Mash is an enjoyable pour, one I don’t have to think too much about while drinking it. Recommended! 8/10

Thanks to Crown Royal for the sample. As always, all thoughts and opinions are my own. 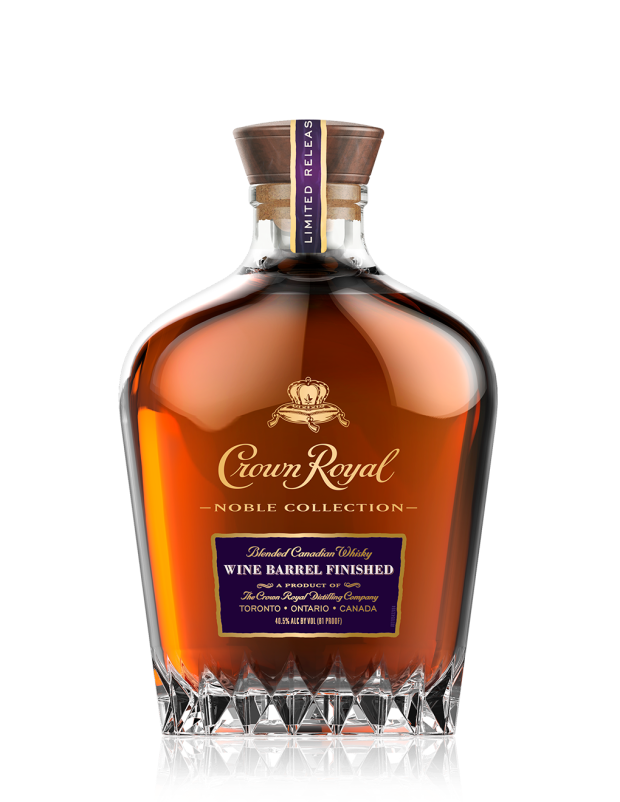 Canadian whisky giant Crown Royal’s newest expression just hit shelves.  This second entry in their annual Noble Collection sees a particular blend of Cown Royal whiskies finished in medium toasted Cabernet Sauvignon barrels for six months.  I don’t see a lot of whiskies using Cabernet casks for a secondary maturation.  The only one that comes to mind is Blood Oath Pact No. 3, which was pretty good.  Cabernet Sauvignon is such a full flavored wine that it can easily overpower a whisky’s character.

“We experimented with a number of different wines and oak provenances – but ultimately American oak Cabernet Sauvignon best complemented Crown Royal’s signature red fruit notes and velvety mouthfeel for a taste that both whisky and wine connoisseurs will love,” said Jim Ruane, Director of Crown Royal.

I had a small taste of this whisky a few months back, and really liked it.  Fast forward three months, and I spent a little bit of time with this Canadian whisky for a more thorough tasting.  The nose has those familiar Crown Royal notes of maple syrup, toasted oak and creamy vanilla.  However, the wine barrel finishing adds an expected fruitiness in the form of red berries, but also gives the whisky a little more spice than usual.  Think ground cinnamon.  The palate follows the nose rather closely.  Waves of caramel and maple syrup build as raspberry jam and baking spices begin appearing midpalate.  There’s some vanilla pod that begins showing up along with a slightly drying oak.  The medium finish features some sweet red fruits and oak spice.

Crown Royal Wine Barrel Finished is just as enjoyable as I remember.  The blend is well balanced between a creamy caramel, sweet fruits, and oak spices.  Bottled at 40.5% abv, this whisky retains the “smoothness” Crown Royal fans like with a genuinely easy-sipping but flavorful character that I think is worth exploring.  Nicely done!  8/10  $60

Thanks to Crown Royal for the sample.  As always, all thoughts and opinions are my own. 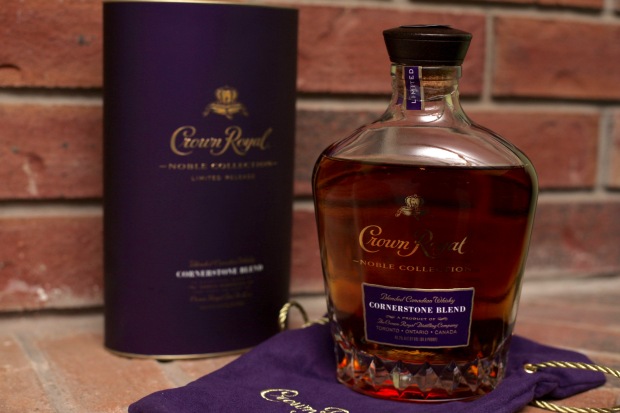 I know, I know… this whisky came out last year and isn’t easy to find anymore.  Better late than never, I say!

The folks at Crown Royal launched the Noble Collection last year.  It’s set to be an annual limited edition bottling, changing yearly. The inaugral entry is the Cornerstone Blend.  Bottled at 40%, Cornerstone Blend is made up of the three types of whiskies that make up Crown Royal Deluxe:  a rye whisky, a creamy whisky distilled using Crown Royal’s Coffey Still, and a “bourbon” style whisky.

Earlier this year, I hosted a virtual tasting with Crown Royal Brand Ambassador Stephen Wilson (see video below).  Cornerstone Blend was among the whiskies we tasted.    It was my first time tasting the blend, and my first impression was very positive.

After spending more time with Cornerstone Blend, I’ve grown to like it even more.  The nose is full of that maple quality I love about Crown Royal, but also baking spices, vanilla, red apples and charred oak.  On the palate, Cornerstone Blend is less sweet than the nose suggests.  Maple ice cream, rye spice, and strawberry jam lead to an oaky astringency.  The medium finish leaves behind a lingering spice.

The new Noble Collection will allow blenders at Crown Royal to play around and experiment.  That is evident with the second entry in the Noble Collection – a Crown Royal blend finished in wine casks.  I had a chance to sample this one recently and it’s fantastic.  A full review will be posted in time.  In the meantime, fans of Crown Royal should pick up any bottles of Cornerstone Blend they can find as it’s a one-time release.  At an SRP of $60, the whisky is fairly priced for the wonderful flavors it delivers.  8.5/10