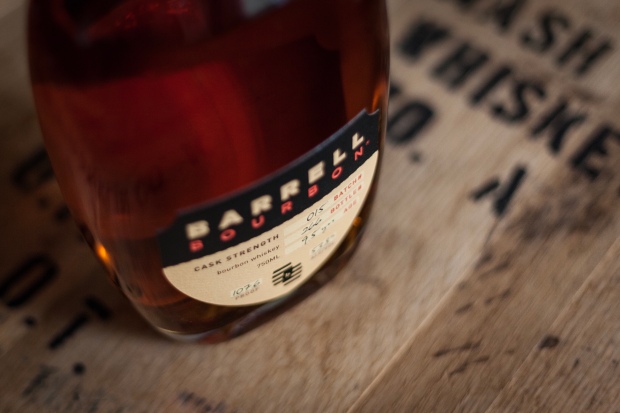 After trying batch after delicious batch of Barrell Bourbon, I finally had the chance to meet its founder, Joe Beatrice, and Master Distiller Tripp Stimson.  During this year’s New Orleans Bourbon Festival, we talked about Barrell Bourbon Batch 015, among other things.

When starting his company, Beatrice told me he wanted to put out a whiskey people really wanted to drink.  “We built a brand.  We were all about being as transparent as we could be.  We were all about only putting in the bottle what we thought was the best quality product and what people want to drink.” said Beatrice.  “As we got accepted and as we grew, we knew we were going to build a distillery, but we were going to continue with the whiskey merchant model.  As the distillery comes online, we’ll blend in some of our product.  But we’re going to continue to work on the aged spirits.  It’s a model that’s worked for us.”

When asked about how they come up with a new batch, Stimson said, “it kind of depends on what we’re working on, whether it be a bourbon or American whiskey or rye.  We’ll have a conversation and say ‘the last time we did this particular type of spirit, we did X.’  We try to do something else.  We’ll look at some of the barrels we have and put together a kind of base flavor.”

After tasting initial blends, the duo would figure out what’s missing and try to find that in their existing stock of barrels.

“We do that until we both say ‘Ah ha! There it is!'” said Stimson.  “Once we get to that point it’s literally a light switch.”

Beatrice added, “that can happen in a couple of days or sometimes a few weeks.”

For Batch 015, Beatrice said the ‘ah-ha’ moment was when he picked up Juicy Fruit in a particular blend.  He said, “after tasting, we both look at each other and said ‘that’s it!’ Bottle it.”

They were initially looking to make Batch 015 a larger batch than previous ones, but they couldn’t keep that precise flavor profile if they went larger.  Quality over quantity indeed.

Batch 015 is nine and a half years old, bottled at 107.6 proof.  Barrels come from Tennessee and Kentucky.  The nose is full of ripe fruit, as well as baking spice, caramel and toasted oak notes.  Upon first sip, that Juicy Fruit character that Joe mentions is evident.  Lots of sweet and ripe apples, peaches and cherries upfront.  There is a rich caramel base underneath.  Cutting through is a bit of oak spice and burnt orange peel.  Lovely.  The medium length finish leaves a touch of sweet fruit, leather and spice.

We have another wonderful batch of Barrell Bourbon.  It’s probably the fruitiest one they’ve released.  It still remains nicely balanced, with those oak and spice notes keeping the sweeter and fruitier notes in check.

I like the idea of a unique flavor profile with each batch.  I’ve said it before and I’ll say it again: I haven’t come across a bad or mediocre release from Barrell Craft Spirits.  Batch 015 certainly exceeds being described as just enjoyable, with its complex aromas and flavors begging to be explored. 9/10

Thanks to Barrell Craft Spirits for the sample.  As always, all thoughts and opinions are my own.