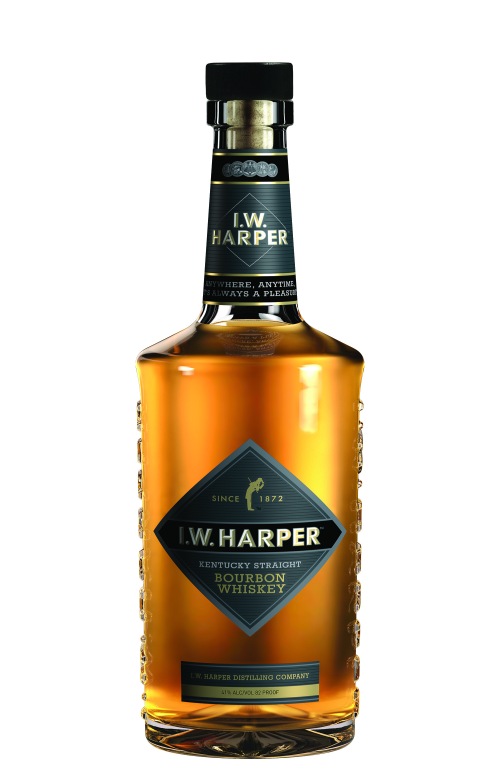 Diageo brings the classic I.W. Harper back to the United States for the first time in about 20 years.  The old brand used to sit on the bottom of the whiskey shelves.  The new I.W. Harper is moving up in the world.

Not familiar with I.W. Harper bourbon?  Here’s some background on the brand, via the brand’s product fact sheet:

In 1867, German immigrant Isaac Wolfe (I.W.) Bernheim arrived in America with four dollars in his pocket and dreams of a better life. By 1872, he had founded his own distillery, Bernheim Brothers and Company, soon acquiring the trademark to produce the whiskey ultimately known as I.W. Harper Kentucky Straight Bourbon Whiskey. The whiskey won its first gold medal in 1885 and continued to gain popularity across the country and around the world throughout the twentieth century. By the mid 1990’s, the I.W. Harper brand shifted its focus to the Asian market and ceased distribution in the United States. Nearly 20 years later, the I.W. Harper brand is returning to the U.S. with two new Kentucky Straight Bourbon Whiskeys for legal drinking age consumers to enjoy.

The bourbon in the bottle contains whiskeys distilled at the Bernheim Distillery, back from when Diageo owned the distillery.  It’s now owned by Heaven Hill.  The reformulated I.W. Harper’s mashbill is approximately 73% corn, 18% rye and 9% barley.

(Note:  I was sent a review sample from the company’s PR firm.) On the nose I get lots of vanilla.  There’s some light caramel, and a some slight nutmeg and oak.  Those aromas carry over to the palate.  The entry is a little soft… there’s not a lot of spice here, at least up front.  There’s some mild cinnamon on the backend.  The finish itself is short and slightly dry.

Overall, I.W. Harper is a nice easy sipper.  It’s not going to challenge your tastebuds or excite you with bold flavors.  That could be due to the lower proof.  This one’s 82 proof.  In a weird way, it sort of reminds me of a cross between Old Charter 8 year old and Evan Williams Single Barrel.  A bottle will cost you about $35.