This is the last in a series of posts  devoted to craft distillery Few Spirits.  I posted a short interview with their founder & master distiller Paul Hletko, and posted about their bourbon.  In addition to distilling and aging bourbon, Few Spirits also makes a rye whiskey.  They were kind enough to send me a small sample. 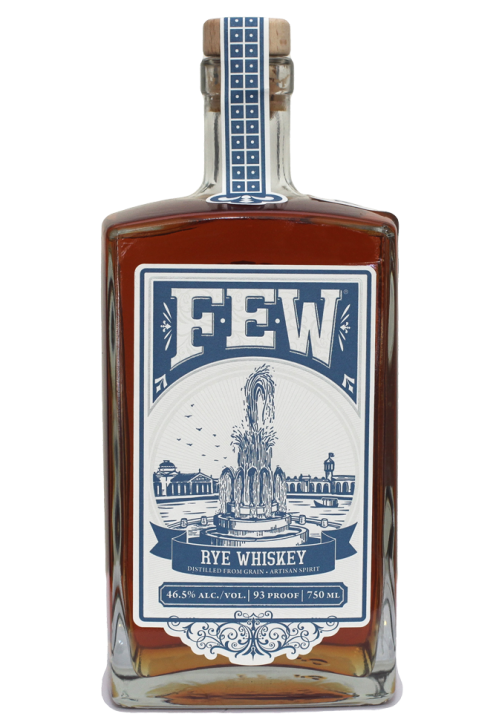 Just like their other spirits, Few rye whiskey’s label contains the same kind of 1892 Chicago World’s Expo art.  The company’s love for Chicago can’t be made clearer.  It’s easily one of my favorite label designs.

In the glass, it smells a little grainy and a little like sweet corn.   Much like their bourbon, Few’s rye whiskey tastes of like sweet corn and caramel… just not in the same amount as the bourbon.  This is also much more rye forward given it’s a rye whiskey.  It’s not super spicy, however.   The spice is held in check.  There’s also a little oak.  The finish is quick and dry.

This 93 proof rye whiskey runs about $50.  This is the first rye whiskey I’ve sampled that’s not from a large distillery.  It’s different than mass produced rye whiskies.  Not better or worse, just different.   I’m probably not stating this correctly, but it feels like I get more of the “raw grain” flavor than the depth of flavors I get from more aged whiskies.   Personally, I prefer the latter.  However, I suggest you try this one if you ever come across it.  You won’t be disappointed.