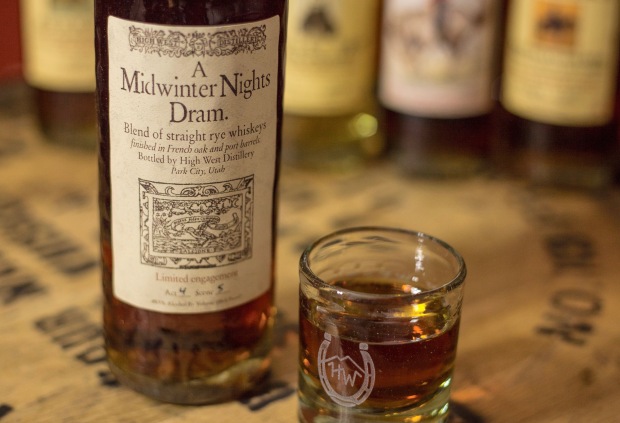 Autumn means one thing for High West: the release of their annual A Midwinter Nights Dram.  Joy!

Compared to last year’s release, this Act 4, Scene 5 edition features slightly more influence from the port casks.  Upfront on the nose is that familiar dill note, which most likely comes from the MGP-distilled rye whiskey.  There’s also dark toffee, mulled wine, cinnamon bark & clove, and some vanilla.  Taste-wise, MWND Act 4 plays a nice balance of sweet and spicy, with hints of cinnamon,  caramel, rye spice, red wine, plums and vanilla cream.  The finish is long and leaves behind a spiced fruit note.

Fantastic stuff.  If you’re already a fan of MWND, Act 4 is another great batch full of those familiar fruity and spicy notes.  If you’ve never tried this whiskey, you’re in for a treat.  Though it’s a limited release, it’s not AS hard to find as other fall favorites.  Pick up a bottle if you see it on a shelf, pour a glass and enjoy.  Recommended!

Thanks to High West for the sample.  As always, all thoughts and opinions are my own. 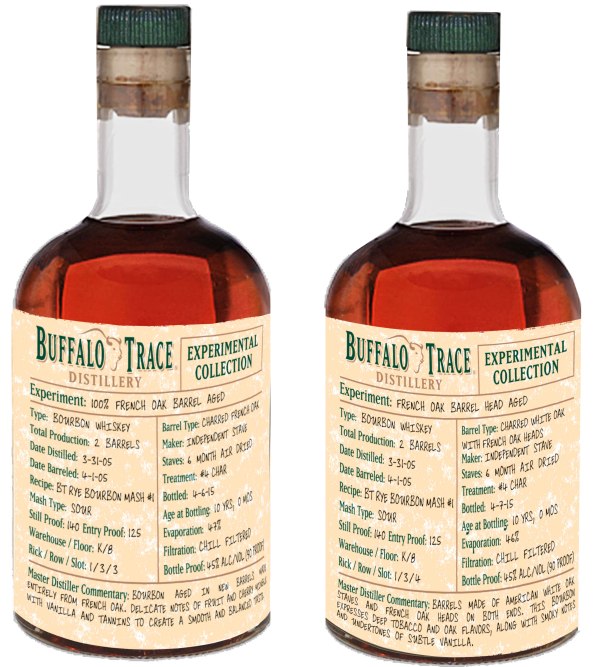 This latest Experimental Collection release from Buffalo Trace Distillery plays around with French oak.  This should be interesting as just about all bourbon whiskey is aged in American Oak barrels.  Ten years ago, Buffalo Trace made two different barrels types:  one made entirely of French Oak, and one made with American oak staves and French oak heads.  These barrels were filled with their mash bill #1 whiskey and aged 10 years.  (Note:  I received a small review sample from Buffalo Trace.)