Last week I had the pleasure of attending the launch of Blade & Bow bourbon in the New Orleans market.  This is the ninth market in which the brand will be sold, and the final launch for the season (and most likely for the year).  Blade & Bow first came to market on Derby Day 2015 in Kentucky, in both a standard expression and a limited edition 22-year-old bourbon.

The standard Blade & Bow is blended in a solera system, with the oldest barrels of bourbon coming from the historic Stitzel-Weller distillery.  The youngest bourbon here is 7 years old.  You can read my full review of Blade & Bow here, which includes a description of the solera aging process.  Overall it’s a solid bourbon… one that I’d rather sip than use as a mixer, as it seems to get lost in cocktails.

The other expression is a 22-year-old limited edition bourbon.  This one is a blend of whiskies from the distilleries now known as Heaven Hill and Buffalo Trace.  I also reviewed this bourbon, and you can find that review here.  The short of it – this one carries a beautiful aromatic nose and rich flavors, but the finish is on the dry, oaky side.  Tasting it again a year later, I’ve adjusted my original score.  I liked it a hair more than when I originally tasted it.

Diageo Master of Whiskey Doug Kragel invited us to mix a riff on the Old Fashioned together, then walked us through a tasting of both Blade & Bow expressions.  Then he surprised us with an exclusive sample of Blade & Bow. This one was barrel proof (125 proof) and bottled from Level 4 of their solera system, which is their second oldest.  Level 5 contains the oldest whiskies in the blend.  This one was my favorite of the night. 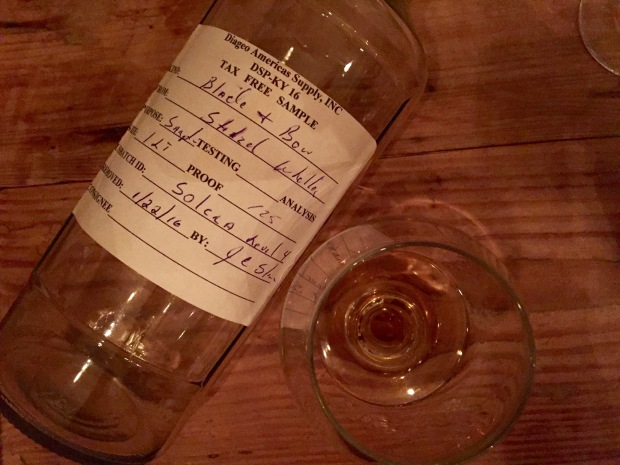 Afterwards, a delicious dinner was served and toasts were made.  All in all, it was a great evening.  It had been storming all day, but clear skies appeared just before the event started.  Seems even Mother Nature wanted Blade & Bow’s New Orleans launch to go off without a hitch.

Thanks to Diageo and Taylor Strategy for inviting me to an unforgettable night. 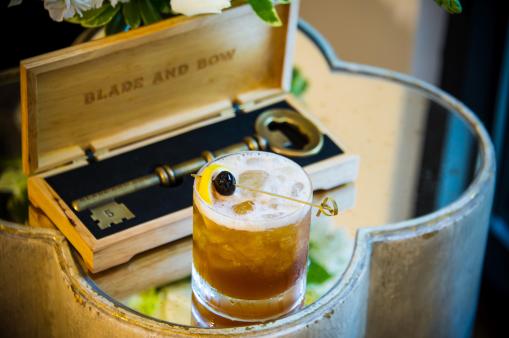 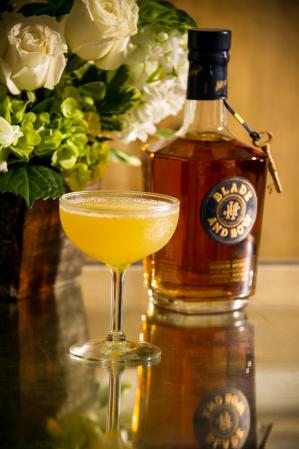 Listen to the Spirit

Muddle the cane syrup, bitters, and orange peel in a mixing glass. Serve in rocks glass over ice. Garnish with orange peel.