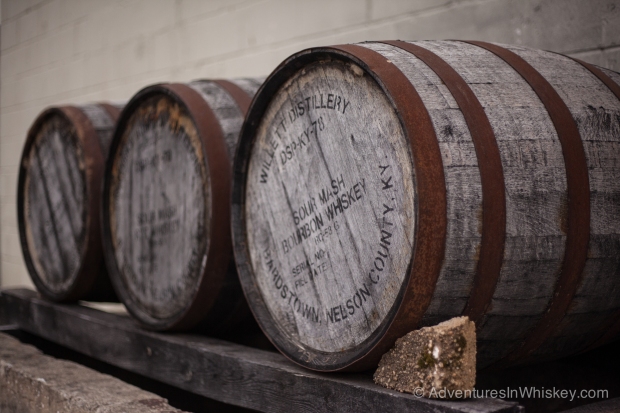 After a memorable visit to Heaven Hill in Bardstown this past March, I took the short drive to the Willett Distillery.  It’s literally on the next hill.  This distillery visit was my third in two days, after George Dickel and Heaven Hill.  Okay…technically, it was Heaven Hill’s Bourbon Heritage Center / warehouse / bottling plant, not their distillery.  Master Distiller Drew Kulsveen and family run the company.  Their story is an interesting one, and can be found in more detail here.  Until very recently, Willett did not have a functioning distillery.  They have been sourcing whiskey from various places, then aging, blending and bottling under various labels their company owns.  It wasn’t until a couple of years ago the distillery was restored and Willett began distilling their own whiskey.  Their first non-sourced whiskey to hit the market was a 2-year old rye whiskey. 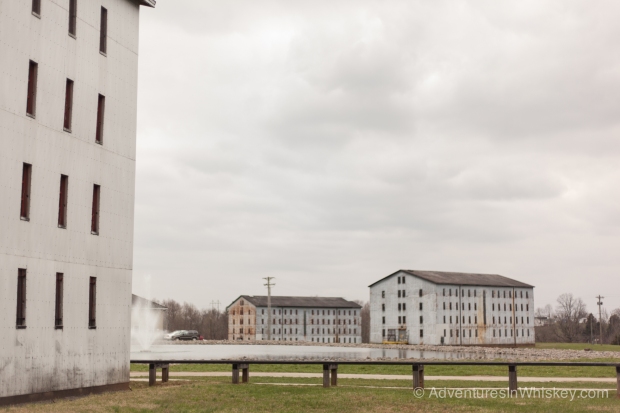 A few of Willett’s aging warehouses.

My visit started in the gift shop.  It’s $7 for the tour by itself, or $12 for the tour and a Willett Glencairn whiskey glass.  I opted for the latter.  Like most distillery gift shops, Willet-branded merchandise was available for purchase. 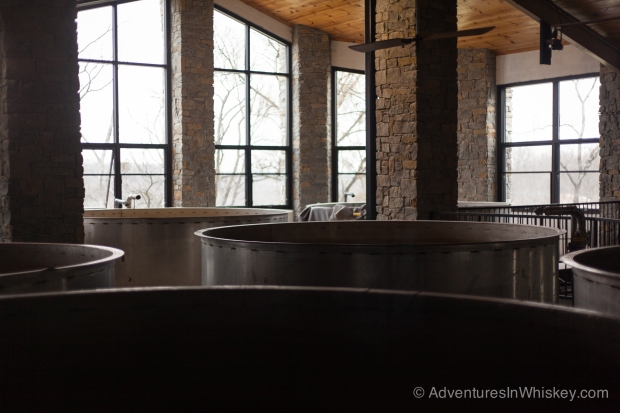 A couple of Willett’s Fermenters

We started with a little bit of the distillery’s history.  Terry, a distiller at Willett who isn’t a regular tour guide, kept most of the tour on the technical side of things and less on the family history.  Even though the old distillery was restored, most of the equipment in the distillery is fairly new.  Especially their pot still.  It’s design was drawn out by Drew on a napkin.  This pot still’s design is so unique, Vendome, the Louisville company that built it, suggested Drew apply for a patent.  Speaking of Drew, I did spot him running around doing what a Master Distiller does.  Our tour group passed right by him.  I stopped and introduced myself, complimenting him on the company’s work and the products they were putting out. 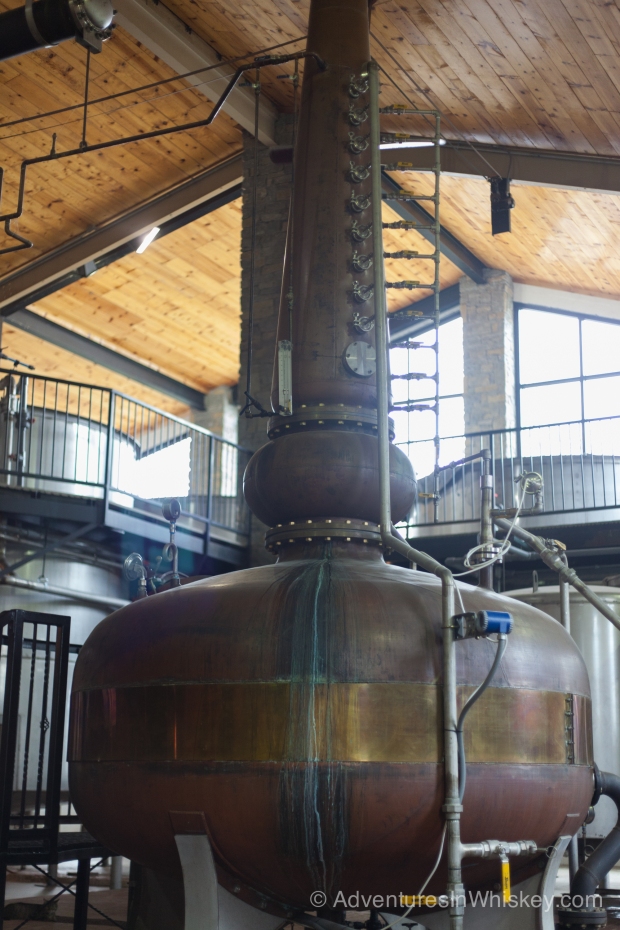 Willett’s Pot Still Bourbon bottle is based on the design of this pot still. 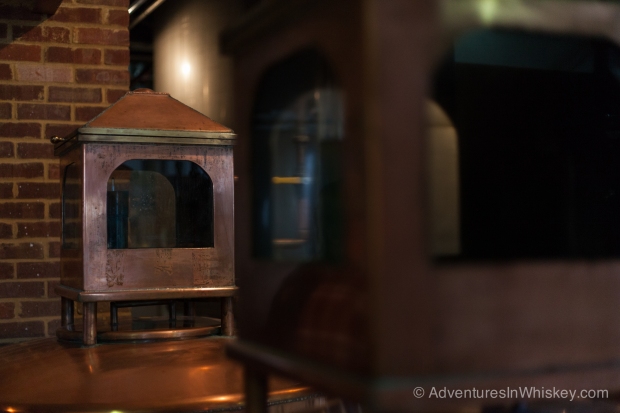 The new distillate coming off the still is sampled several times daily.

We moved into the barrel filling room next.  Barrels are filled by hand, then weighed on an old scale for tax purposes.  Uncle Sam taxes the distillery per barrel, based on its weight.  An empty barrel weighs about 100 lbs, while a full barrel comes in near 500 lbs.  If my memory serves correctly, I believe Terry mentioned Willett can only fill about 16 barrels a day.  Now that’s a small operation. 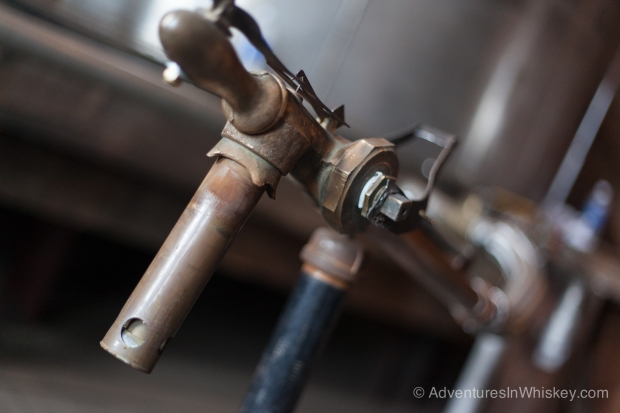 A pump used to fill barrels with new whiskey. 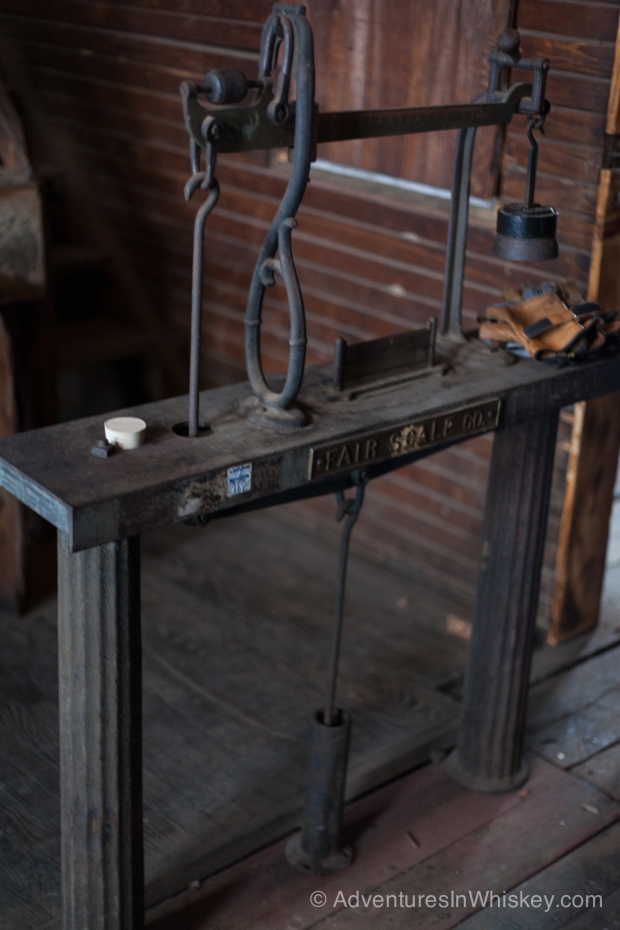 The scale used to weigh freshly filled barrels prior to aging. 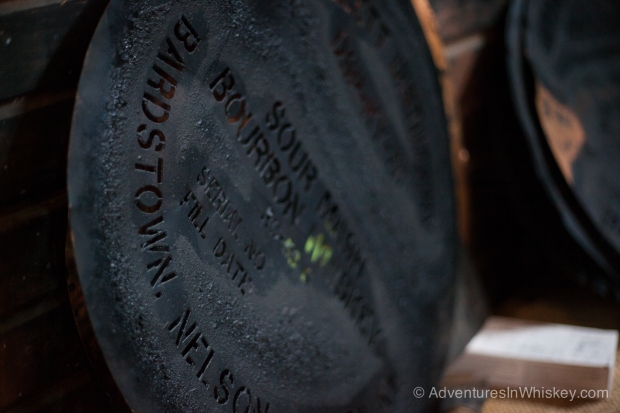 One of the stencils used for adding barrel information to each barrel.

From this room, barrels are rolled into one of the warehouses.  There the barrels sit for years while “magic” happens inside.  In addition to the normal warehouse spiel, Terry talked about a little experiment they’re conducting in one of the warehouses – they are dry curing some ham, hoping it’ll pick up some flavor from the angel’s share, or evaporated whiskey. 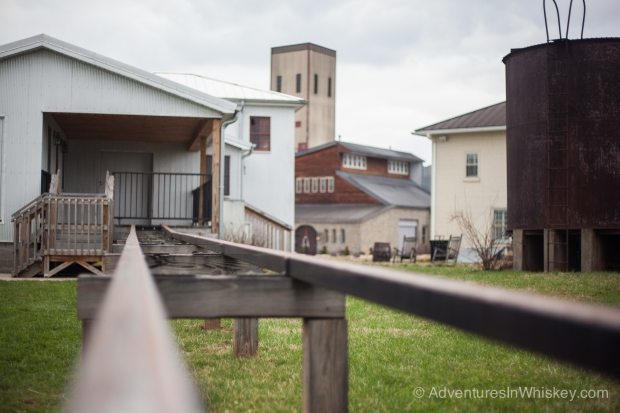 Freshly filled barrels roll along these wooden racks to get to the warehouses. 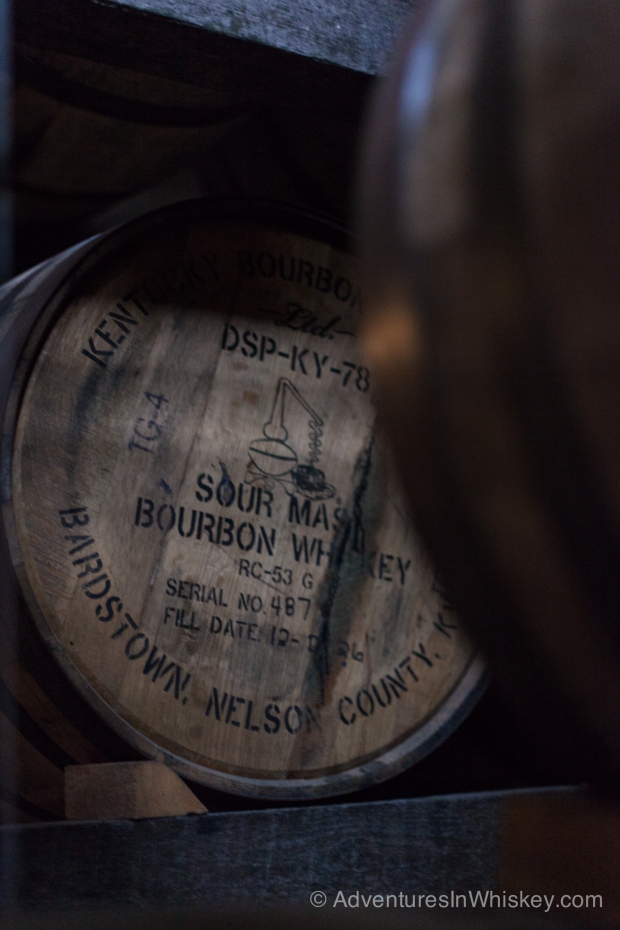 One of the many barrels aging at Willett.

From the warehouse, we make it over to the new tasting room.  Several samples of Willett Pot Still bourbon were pre-poured, sitting atop a table, just waiting for us.  After the tour group tasted this one, Terry pulled out several other Willett products and invited us to another sample.  I, along with most of the group, went with Willett’s 2-year old Rye Whiskey.  Not bad at all. 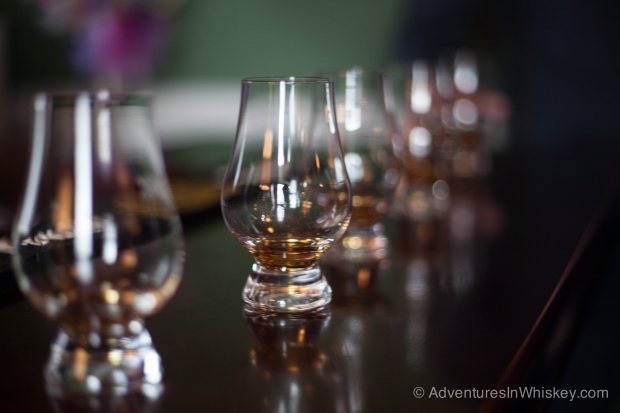 The tasting concluded the tour.  Afterwards, I went downstairs to the gift shop and picked up a bottle of Willett Family Estate 12 year old bourbon (which I’ll be reviewing here soon).  There was a bottle of 25 year old rye whiskey there too.   Thankfully I put a limit on my spending.  I’d also suggest you buy a bottle before you leave.  Whatever you can afford.  Thank me later.  Willett Distillery is a small one, even when compared to the George Dickel Distillery in Tennessee.  Just like Dickel, Willett is putting out some great whiskies.  The tour is highly recommended.