Recently released from Highland Park, Twisted Tattoo sees a unique twist from the Orkney-based distillery. The 16-year-old expression features a large percentage of whisky matured in first-fill Spanish Rioja wine casks. Highland Park is historically known for its use of ex-sherry casks for maturation of its whiskies. Though recent years (and the current whisky climate) have seen the distillery experimenting with other cask types, such as bourbon and port casks.

Casks married together in September 2018 and filtered at 4°C.

It sounds like more than two thirds of the whisky here is rested in Rioja wine casks for a couple of years. That’s just enough time to season the whisky with Rioja wine influence. Twisted Tattoo is bottled at 46.7% ABV.

The nose is aromatic as one would expect from Highland Park. It features hints of that signature heathery peat, vanilla, bright red fruit, and toasted oak. The palate starts with a sweet vanilla, heather, blood orange, and raspberries. Wisps of smoke appear mid-palate. Some oak spice and wine tannins lead us into a long, warm finish.

Readers of this blog know Highland Park is one of my favorite distilleries. I love tasting their non-sherry cask expressions. Not all these experimentations are as delicious as Twisted Tattoo. The bourbon and red wine cask maturation work really well here, as the former really allow the aromatic & slightly smoky spirit shine and the latter doesn’t overtake said distillery character. Rather, the red wine cask maturation compliments it nicely. Very highly recommended!

Thanks to Highland Park for the sample. As always, all thoughts and opinions are my own. 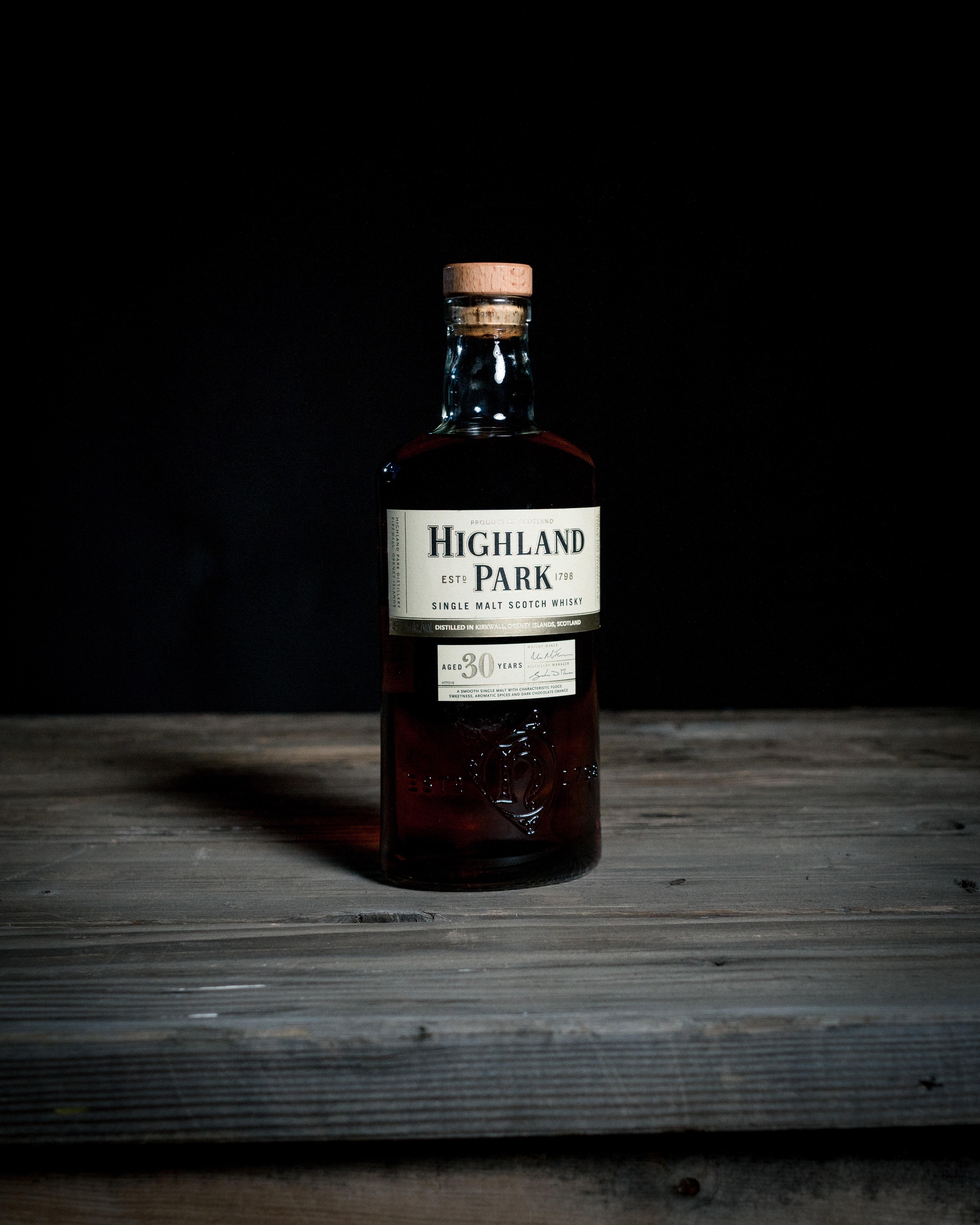 I get to taste lots of wonderful whiskies. Sometimes, a whisky on my “must taste” list comes across my sample table. I can now scratch Highland Park 30-year-old off that list.

The nose is dark and sweet, with hints of dark toffee, dried figs, nutmeg, cocoa, and some citrus. Taste-wise, Highland Park 30 carries some weight. This is not a light summer whisky. It’s oily, with hints of dark toffee, roasted nuts and dried fruit while being imbued with rancio and Highland Park’s heathery peat smoke. There’s a touch of baking spice and old oak heading into the long finish. There are lingering notes of dark fruit, spice, peat, and oak.

This whisky is stunning… simply stunning. For carrying such a high age statement, Highland Park 30-year-old still has a bit of vibrancy in the form of come citrus that helps cut through the darker, heavier notes. This rich and decadent whisky comes at an equally high price. A bottle will cost you $900. I’d better start saving.

Thanks to Highland Park for the sample. As always, all thoughts and opinions are my own. 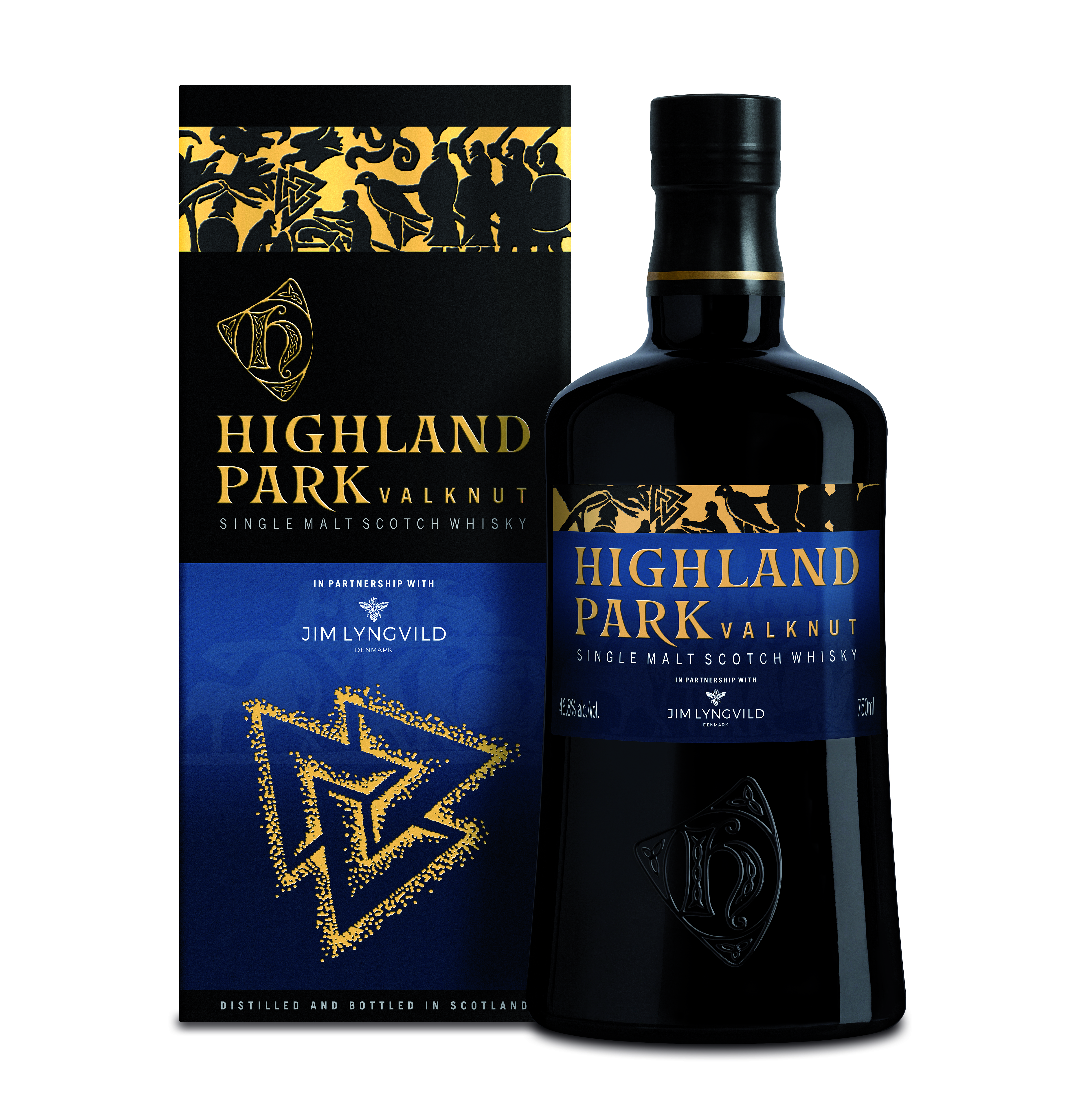 Highland Park has just released Valknut, the sequel to last year’s Valkyrie.  The distillery has partnered with Danish designer Jim Lyngvild to design the packaging.

As for the whisky itself, it’s said to be a “bolder, more intense style of Highland Park,” according to press materials.  The whisky was mostly matured in American  sherry seasoned casks.  Additionally, this expression features a slightly higher phenolic level than Valknut and was partially made from Orkney-grown tartan barley.  Valknut has been bottled at 46.8% ABV and is available for $80.

Love the nose here.  It’s vibrant and aromatic, with hints of toffee, toasted almonds, vanilla, herbs, and heather.  Taste-wise, Valknut is sweet, herbal, and a touch spicy.  A small wave of vanilla pod develops into cloves and spice, which becomes a bit dry and slightly leathery.  A nice smokiness becomes a bit bolder, especially towards the long finish.  In fact, those spice and heather notes ramp us as well.

I like it, but tend to prefer Highland Park Valkyrie.  I think that expression is a bit more sherry cask-driven and balanced than Valknut.  It simply has more going on.  The nose is fantastic, but it falls a bit short on the palate compared to Valkyrie.  That said, Valknut is a great choice for those looking for an aromatic and spicy whisky. 7.5/10

Thanks to Highland Park for the sample.  As always, all thoughts and opinions are my own.