Since starting this blog years ago, I’ve had the pleasure of experiencing many whiskey geek moments.  I count myself very lucky.  The most recent of these was the opportunity to take part in a Booker’s Roundtable tasting.  Every so often, Jim Beam Master Distiller (and Booker Noe’s son) Fred Noe will gather with a handful of whiskey writers, enthusiasts, experts, and friends to pick out the next batch of Booker’s Bourbon.  Booker used to pick batches of his namesake bourbon with friends, and I’m glad to see the continuation of that tradition.  This Roundtable consisted of Chuck Cowdery, Lew Bryson, F. Paul Pacult, Nino Marchetti, Blake Riber, John McCarthy, Jack Robertiello, and myself.  Batch 2017-01, or “Tommy’s Batch,” is named after a 30+ year distillery employee and close friend of Booker’s who helped Booker with his barrel picks.  He was also on the call. 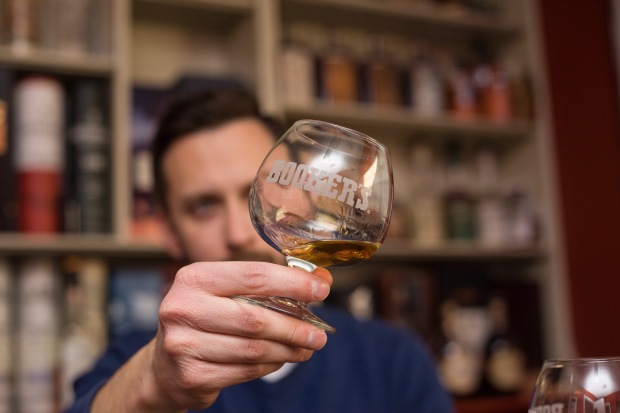 Doing a little pre-call tasting of both batches.

Regular readers of this blog, and anyone within earshot of me, know I consider Booker’s the best whiskey in the standard Jim Beam lineup.  I find it much more balanced than the older Knob Creek, which is also delicious but carries an oak-forward flavor profile.  Booker’s was on bourbon lover’s radars recently with an announced price increase that takes effect with this very batch of Booker’s I am helping to select.

How does the Booker’s Roundtable work?  Those selected will meet in person in Kentucky or via a conference call.  The latter is the case for this particular Roundtable selection.  The distillery usually sends three samples to each participant.  The samples are different batches of Booker’s, each with slight differences.  Fred leads a tasting and shares some production notes.  Our job is to taste each sample and pick the one we believe tastes most like Booker’s.  The batch with the most votes then gets bottled and goes to market. 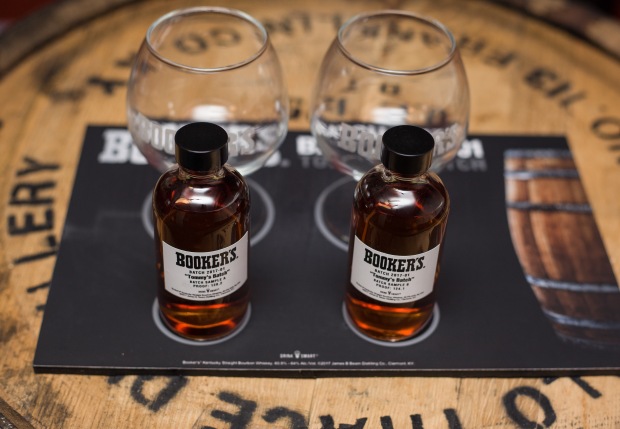 The breakdown of the two samples is as follows:

Both were great tasting bourbons.  While I found Batch B to be a touch more balanced but slightly muted, Batch A hit it out of the park.  With the exception of one participant, everyone (even Tommy) decided Batch A made for a much better batch of Booker’s – a big, rich, robust “back alley bruiser,” as someone on the call eloquently described it.

“Tommy’s Batch” is due to arrive on shelves in late February/early March.

Thanks to the folks at Beam and Multiply for inviting me to take part in the Booker’s Roundtable.