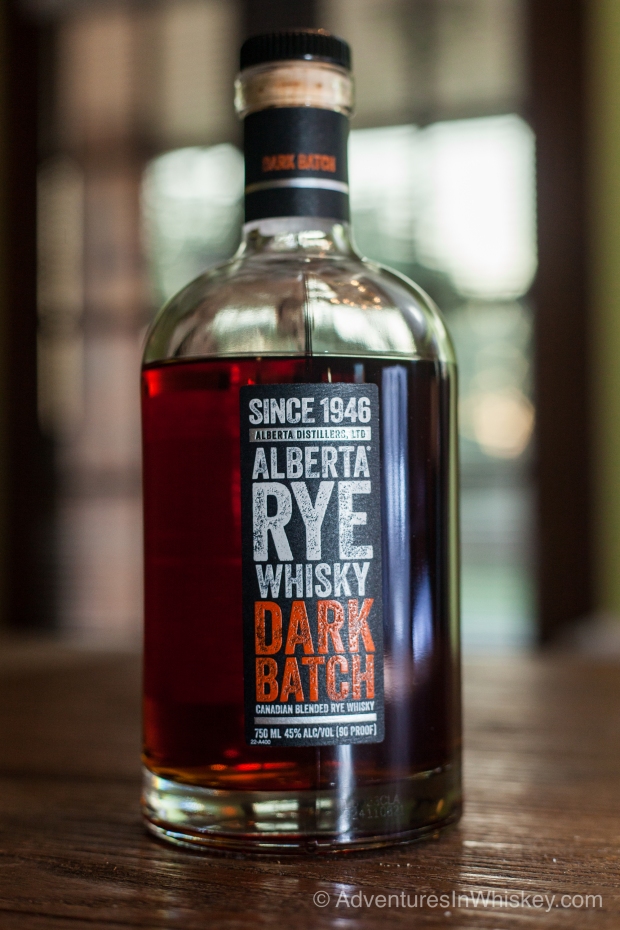 Let’s say this right off the bat – this is no ordinary Canadian whisky.  Alberta Rye Whisky Dark Batch is a blended whisky comprised of 91% rye whisky,  8% Old Grand Dad bourbon and 1% sherry.  Sounds interesting, right?  How much influence, other than a dark red color, can such a small addition of sherry assert in this whisky?  Alberta Distillers create Alberta Premium Canadian Blended Whisky.  According to Chuck Cowdery, Alberta Distiller’s rye whisky is the source of WhistlePig Rye Whisky.  He’s got a great write-up on this Dark Batch release here.

END_OF_DOCUMENT_TOKEN_TO_BE_REPLACED

Today’s Chinese New Year! Johnnie Walker generally puts out a bottle with special artwork to celebrate. Gorgeous, isn’t it? The whisky inside is usually bottled at a higher ABV. In the case of this “Year of the Rat,” we’re looking at 46%... a sweet spot if you ask me. The last of these releases I tasted was “Year of the Monkey”, and it was pretty delicious. If we’re comparing, I like this one just a bit better. Cheers! 🥃 . . . @johnniewalkerus @johnniewalker #johnniewalker #chinesenewyear #yearoftherat #blendedscotchwhisky #bluelabel #johnniewalkerblue #whisky #scotch #instawhisky #instascotch
What a fantastic grand opening! Cheers to @doubledealernola. I’ll be back soon.
How about some fresh rye bread baked by @heavenhilldistillery Master Distiller Conor O’Driscoll to pair with the new @elijahcraig Rye Whiskey? First thoughts on the whiskey - a bit of molasses and rye spice on the nose; very approachable palate with caramel corn sweetness complementing the slightly sharp, spicy rye grain. Some baking spices on the back palate. Sweet/semi-dry finish. It’s a nice whiskey, especially for the price. 🥃 . . . #rye #ryewhiskey #heavenhill #elijahcraig #ryebread
Here we go - the latest addition to the @elijahcraig lineup... a straight rye whiskey. It’s already on my to-do list for the weekend! 🥃 . . . #elijahcraig #rye #ryewhiskey #kentuckystraightryewhiskey @heavenhilldistillery #heavenhill