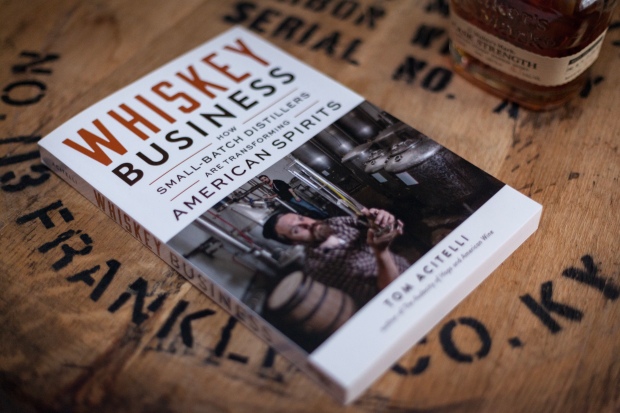 What if I told you Maker’s Mark was the first modern craft distillery?

The big guys versus the little guys.  David versus Goliath.  We’ve seen small craft distillers grow from nothing to becoming household names.  See Maker’s Mark.  When it was founded in 1953, Maker’s Mark had to contend with the likes of Jim Beam and other giants in the bourbon industry.  Eventually, by sticking to its guns (and with some help from a Wall Street Journal article), Maker’s Mark saw success.

The Little Engine that Could might best describe the uphill journey Bill Samuels and other craft distillers in the country faced.  Whether it be bourbon, beer, or brandy, roughly the same difficulties were faced by the small craft companies.  One thing these craft distillers had to do was stand out in the crowd.  Acitelli writes about the experimentation and advancements some of these companies explored, and whether or not they worked.

Acitelli tells this story in a linear fashion, starting with the founding of Maker’s Mark in 1953 and weaving from one craft distiller/brewer’s story to another until we arrive to the present.  We have a history book that doesn’t read like a history book.  It’s one that puts the reader right in the middle of the struggles and successes of the book’s “characters.”

“Whiskey Business” is an interesting read, one of American spirits history told through the eyes of small craft distillers.  How can you not want to learn about that?

Thanks to the Chicago Review Press for the review copy.  As always, all thoughts and opinions are my own.