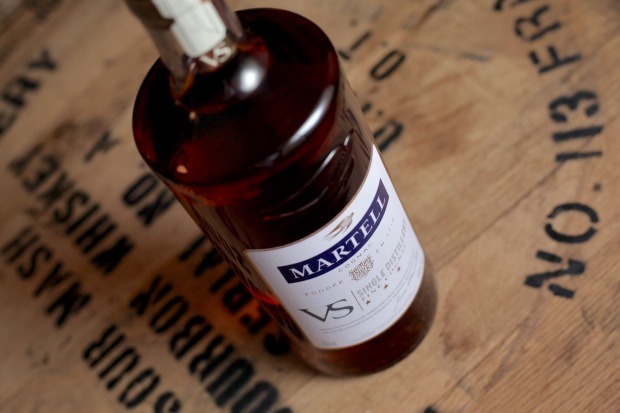 Most of the cognacs on the market are blends of different eaux de vie from several distilleries.  That’s especially true of the large producers.  One of those cognac producers, Martell, is doing something differently with its latest release.  Martell VS Single Distillery is just that: a blend of eaux de vie from only one of its distilleries.  Think of it as the cognac equivalent to the single malt scotch whisky.

The label states that sourcing from only one distillery producs a richer, more intense expression of the Martell house style.  The nose starts with layers of caramel that give way to rich fruit and a touch of lemon zest and vanilla.  The palate offers more concentrated flavors than other VS cognacs I’ve tasted.  Grapes, candied berries, and figs are present alongside hints of cinnamon and oak spice.  That spice ramps up into the medium length finish, which also features dark fruit notes.

Though a young VS blend, Martell’s Single Distillery release provides a wonderfully plesant drinking experience.  It comes across with more exuberance than a standard VS cognac, but lacks the refined complexities found in older blends.  Press materials make mention of using VS Single Distillery in cocktails or long drinks.  I’d agree it’s what this cognac is best suited for.   When it comes to choosing an inexpensive young sipping cognac, I would reach for this one over other VS blends.  Nicely done.  $34.99  8/10

Thanks to Martell for the sample.  As always, all thoughts and opinions are my own. 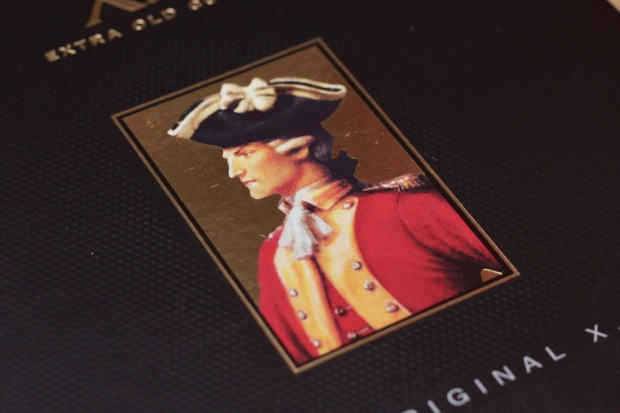 A portrait of Richard Hennessy on the front of the Hennessy XO case.

We can thank Ireland for this one.  When Irishman Richard Hennessy joined the French army to fight the British in 1745, it would change the spirits world forever.  After his service, Hennessy stayed in France and settled in the Cognac region, where he founded his now famous cognac brand.

Hennessy is the number one cognac company in the world in terms of sales.  The company is also responsible for creating Very Superior Old Pale (VSOP) in 1817, after Britain’s George IV wanted an “excellent pale cognac.”  Moreover, Hennessy created the first X.O., which started out for personal consumption and ended up being sold to the public in 1870.  Hennessy is also credited for creating V.S., or Three Star as it was known back then.  It’s quite a list of accomplishments.  Nowadays, the brand is owned by the luxury giant Louis Vuitton Moët Hennessy, who also owns Glenmorangie and Ardbeg.  Let’s take a look at their lineup.

According to Hennessy, this VS is the number one selling cognac in the world.  This blend is made up of 40 eaux de vie aged from two to eight years in young French oak casks.  The nose on this entry level blend is vibrant, but not overly so, with lots of fruit, spice and some oak.  The  spirit’s youth comes across in the palate, with sweet grapes and caramel alongside a touch of roasted nuts and vanilla.  The medium finish retains a fruity sweetness and a floral note.  Hennessy VS remains quite palatable despite its lack of complexity.  Like the other VS cognacs I’ve tasted, I’d keep this one on hand as a mixer. ~$28  7/10

Hennessy Privilège is blended from a selection of eaux de vie aged between 4 and 15 years.  The longer period of maturation for this blend compared to the younger VS really helps things along.  This VSOP doesn’t come across as young as the VS, but a bit more complex and balanced.  Notes of ripe fruit, vanilla, and baking spices fill the nose.  Those spices come into play on the palate, softened by waves of toffee, vanilla cream, grapes, and a light hint of citrus.  The finish is a touch longer than VS, with lingering spice and fruit.  As I mentioned in my recent Courvoisier review, VSOP cognac is a versatile spirit.  It’s complex enough to enjoy as a sipper, but affordable enough to be used as a top tier mixer.  I’ve made a few delicious Sazeracs with this one.  Good stuff!  ~$48  8/10

As I stated above, Hennessy XO is the first “extra old” cognac to hit the market back in mid-to-late 1800s.  According to press materials, Hennessy XO is comprised of a selection of up to 100 eaux de vie aged up to 30 years in young French oak casks.  The minimum age for an XO cognac is six years, but that changes in 2018 when it moves to 10 years.  The nose here is even darker and more concentrated than the VSOP, with hints of dark honey, ripe fruit, cloves and vanilla.  Taste-wise, the same rich character continues.  Hints of honeyed fruit, sultanas, and a light touch of spice dominate at first, with leather, figs and vanilla developing with a little airtime.  The finish is long, with honey, cinnamon and fruit lingering.  For the money, Hennessy XO delivers.  Rich, dark and complex in character, XO begs to be slowly examined and appreciated.  Very well done.  ~$220  9/10

This blend was named after the cellar where Hennessy keeps their finest eaux de vie, though it’s now called the Founder’s cellar.  Like the XO, Paradis is blended using 100 eaux de vie aged between 25 and 100 years in old French oak casks. The use of older casks means less oak influence over time when compared to using younger casks.  These more neutral casks showcase the spirits character over the barrel influence.  There is a busy nose here, filled with floral topnotes and a concentrated fruit base – ripe berries and fig jam.  In between, soft vanilla and some spice round things out.  The palate is equally engaging, featuring hints of dark fruits and spice, leather, and aromatic spices.  A very slight herbaceous character occasionally shows itself.  The finish is long, with dark honey and spice.  Where Hennessy XO is a beautiful full-bodied cognac, Paradis takes it to another level in a more refined manner.  I’d have to say this is my favorite of the bunch.  ~$850  9.5/10 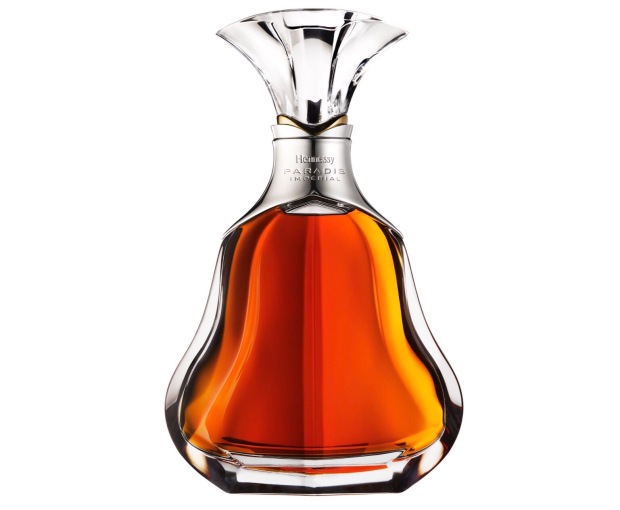 A major price jump between Paradis and Paradis Impérial puts the latter into ultra luxury territory, which means it’s expensive.  Hennessy justifies the price tag with the use of rare and old eaux de vie aged between 30 and 130 years.  Like Paradis, old French oak casks are used, making this blend more spirit forward rather than oak forward.  The nose is floral, with light jasmine notes intermingled with easy-going fruit notes.  Berries, grapes, figs.  A light spray of floral perfume.  The palate mimics the nose, featuring hints of honeysuckle, jasmine, and vanilla.  Some soft red fruit help raise those lighter, more aromatic notes.  Edible roses show slightly in the mid-palate, while soft spices develop in the back palate.  The finish is shorter than I’d like, with candied flower petals, honey, and spice.  I was expecting a heavy spirit, but to my surprise, Paradis Impérial is a light, floral, and restrained masterpiece.  Take your time with this one.  ~$2,500  9/10

Thanks to Hennessy’s PR firm and Joe for the samples.  As always, all thoughts and opnions are my own. 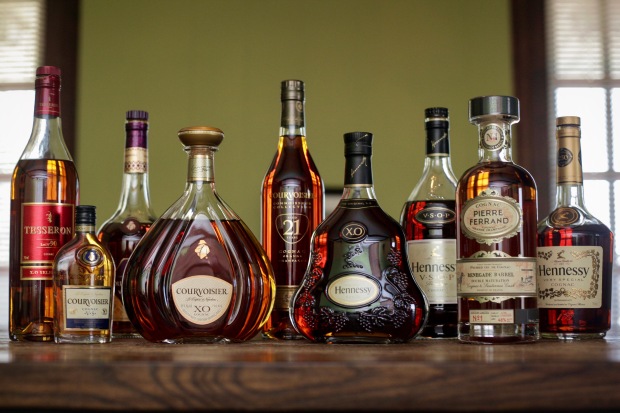 Tomorrow is National Cognac Day, the perfect time to start a short series of cognac reviews here on the blog.  Before we get to said reviews, I thought it wise to preface with a short piece about the French spirit.  Think of this as a Cliff’s Notes version of  “Cognac for Dummies.”

A mysterious aura can sometimes surround the French liquor that might automatically turn people away. When you think of cognac, one of two images probably pops into your head. First is the image of the stuffy old Englishman sitting in a leather chair with a cigar, and second is probably rapper Busta Rhymes and his memorable “Pass the Courvoisier”. Then there’s the lack of age statements on cognac labels. Terms like V.S. and V.S.O.P. are utilized instead.  It can confuse or intimidate people staring at bottles on store shelves.  I hope I can provide a little clarity.

The Cognac region in France features six subregions, or crus: Grande Champagne, Petite Champagne, Borderies, Fins Bois, Bons Bois, and Bois Ordinaire. When I say Champagne, I’m not referring to the Champagne region where everybody’s favorite bubbly comes from. This is different, and the word champagne actually refers to the chalky soil in the region.

Cognac is distilled from white wine mostly made with the Ugni Blanc grape, though there are about a half dozen other varietals that can be used. The wine is double distilled to produce eau de vis, meaning “water of life.” The eau de vis then matures in French oak casks until blenders decide it’s ready.

SO EXACTLY HOW OLD IS IT?

A Cognac’s age is determined by a specific aging system that lists the minimum age. Typically, Cognacs avoid using a simple age statement because apparently it is difficult to track the ages of casks. This is because as the Angel’s Share claims some spirit as it matures, the barrel can be topped off with more eau de vie.  So another naming system was put in place.  V.S., or Very Special, means the blend is at least two years old. V.S.O.P., or Very Superior Old Pale, has to be at least four years of age. XO means Extra Old, and any bottle of Cognac that carries that designation is at least six years old. However, starting in 2018, the minimum age of XO will be ten years.

Don’t let age skew your thinking. Older is not better.  It’s just different.  Some younger eaux de vie are aged in first, second or third fill casks, letting the “fresher” oak impart some of it’s flavors. Some older eaux de vie are matured in casks that are so old, they basically impart zero oak flavor and are simply neutral containers. Also keep in mind that boisé can be added. Boisé is an additive made by boiling or steeping oak chips in water and reducing it. You end up with a woody, tannic liquid. Cognac blenders are allowed to use very small qualities of boisé to help round out the flavor of a particular blend and make it seem a little older. Syrup made from sugar can also be added in minute quantities (up to 2%) to help sweeten the blend. Finally, like Scotch whisky, caramel coloring may also be added to cognac.

After reading this last part you might be inclined to turn your nose up at cognac. Don’t. It’s a wonderful spirit that deserves to be explored and savoured.  Over the next several days, I’ll present Cognacs of different ages from different houses, showing how far the flavor spectrum for this French spirit can spread out.

A couple of new samples to try this weekend. First is @glendronach 15 and the new @ardbeg Wee Beastie! 🥃🥃 . . . @ardbeg_usa #glendronach #ardbeg #singlemalt #scotch #whisky
A little World Whisky Day pour. Nice colorcast courtesy of tonight’s sunset. 🥃
Not sure about you, but I sure am glad the weekend’s here. It’s been a long week! 🥃
@fistfulofbourbon is finally launching in Louisiana! Can’t wait to try this new bourbon from @williamgrantusa 🥃 #bourbon #whiskey #fistfulofbourbon #williamgrant