In my reflection of the past 12 months, I commend the whiskey industry for another year of wonderful whiskies. The majority of what I sampled in 2017 was generally pretty solid. Sure, there were a few duds, but a handful of whiskies really stood out. What follows are releases that have stuck with me this year. While they aren’t necessarily the highest rated here on the blog, the whiskies have brought the most enjoyment while tasting after their reviews were posted. There were some releases that weren’t included here, like Laphroaig Cairdeas, Tyrconnell 16-year-old, Knob Creek 25th Anniversary and Elijah Craig Barrel Proof. I thoroughly enjoyed these but haven’t had the chance to go back and revisit.

Before we get to the list, I’d like to end by sharing a couple of things. First, the most viewed post on the blog this year, for the second year in a row, was Jim Beam Black Label. It shows that not everybody is spending hundreds of dollars on bottles of whiskey. One of my goals for 2018 is to feature more affordable whiskies.

Lastly, people always ask me about my favorite whiskey. I simply don’t have one. It’s like asking a parent about their favorite child. Instead, I’ll share with you the whiskey I drank the most of this year – Knob Creek, neat. No ice. No water. Just good ole bourbon. It always hit the spot.

I want to thank each of you for another wonderful year. I’m looking forward to the year ahead. On that note, have a safe and happy new year. Cheers!

PARKER’S HERITAGE COLLECTION – Simply put, this bourbon is flawless. One of my Top 3 releases of the year.

BARRELL BOURBON BATCH 012 – It’s been a great year for Barrell, but this 9-year-old bourbon fired on all cylinders.

GEORGE T. STAGG – I know, why put a bourbon that’s so difficult to find on a year-end list? I enjoyed it that much, and this is only after two pours.

BOOKER’S BATCH 2017-04 – One of the best batches of the generally consistent Booker’s of the last couple of years. 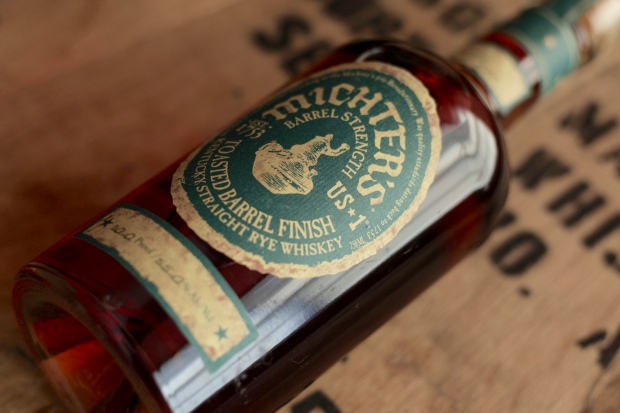 MINOR CASE RYE – A 2-year-old rye on this list? I’m as surprised as you are, but the skillful hands (and palates) of the folks at Limestone Branch Distillery have crafted a beautiful sherry cask finish to the sourced rye whiskey. It’s good, folks!

A MIDWINTER NIGHTS DRAM – If ever there was a perfect Christmas whiskey, this would be it. This year’s was as good as ever.

JOHNNIE WALKER BLUE LABEL GHOST AND RARE – A luscious blend crafted primarily around whiskies from Brora and closed distilleries, Ghost and Rare stayed with me long after the glass was empty. In my Top 3 releases of 2017.

HIGHLAND PARK FULL VOLUME – The distillery takes a side step away from its sherry-cask maturation for a release that used exclusively ex-bourbon casks. Absolutely love what they’ve achieved with this release.

BRORA 38-YEAR-OLD – Technically this was released in 2016, but I didn’t taste it until this year, hence the inclusion in this list. An amazingly elegant expression from the closed (but soon-to-be reopened) distillery. The last of my top 3 whiskies of the last year.

In all of the madness of the last couple of weeks, I forgot to mention - one of my really early reviews was referenced in a book! First time I’ve seen my name in an index. Now I want some Jack Daniel’s Sinatra Select!
This week’s #tbt is a little different. My mom passed away this past weekend. In the midst of grieving and making arrangements this week, I came across this old photo of my parents back in ‘77. It’s one of the very few times my mom had a drink.
It’s not quite #TeleTuesday, but I am noodling on a new Telecaster and sipping a little of the new Evan Williams 1783 Small Batch. 🥃🎸
Excellent! The new 2021 release of 10-year-old bourbon from @michterswhiskey just arrived. Can’t wait to pop open this one - past bottlings have been among my favorite annual releases. 🥃